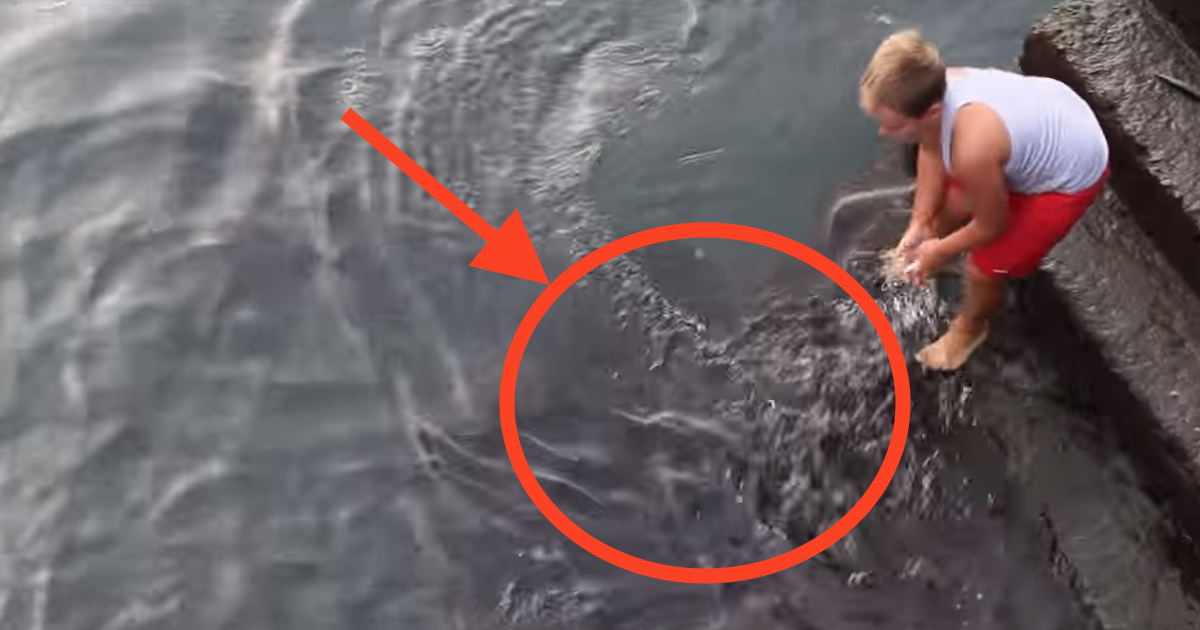 This video was shot at  the Canary Islands which are a  archipelago and autonomous community of Spain located in the Atlantic Ocean, 62 miles west of Morocco at the closest point.  There’s a harbor in Vueltas, Valle Gran Rey, which is frequently used by the local fishermen.

These fishermen end up throwing some of their catch back into the water and this has attracted other aquatic life who come over to feed.

One of these hungry visitors includes a giant stingray who ended up befriending a young boy named Joel. When it’s feeding time, Joel will come out to the water and splash his hands to call his buddy over.

What happens was captured on video by a tourist and posted to YouTube and the video immediately went viral with an astounding 13.8 million views.

The Canary Islands, a Spanish archipelago off the coast of northwestern Africa, are rugged volcanic isles known for their black- and white-sand beaches.

Tenerife, the largest island, is dominated by the sometimes-snowy active volcano Mt. Teide, which has its own astronomical observatory and is part of Teide National Park.

Los Gigantes is a small fishing community on the west side of Tenerife in the Canary Islands. It is named for the enormous cliffs that dominate the shoreline to the north of the village, but the name is equally appropriate for the gigantic rays that frequent the area.