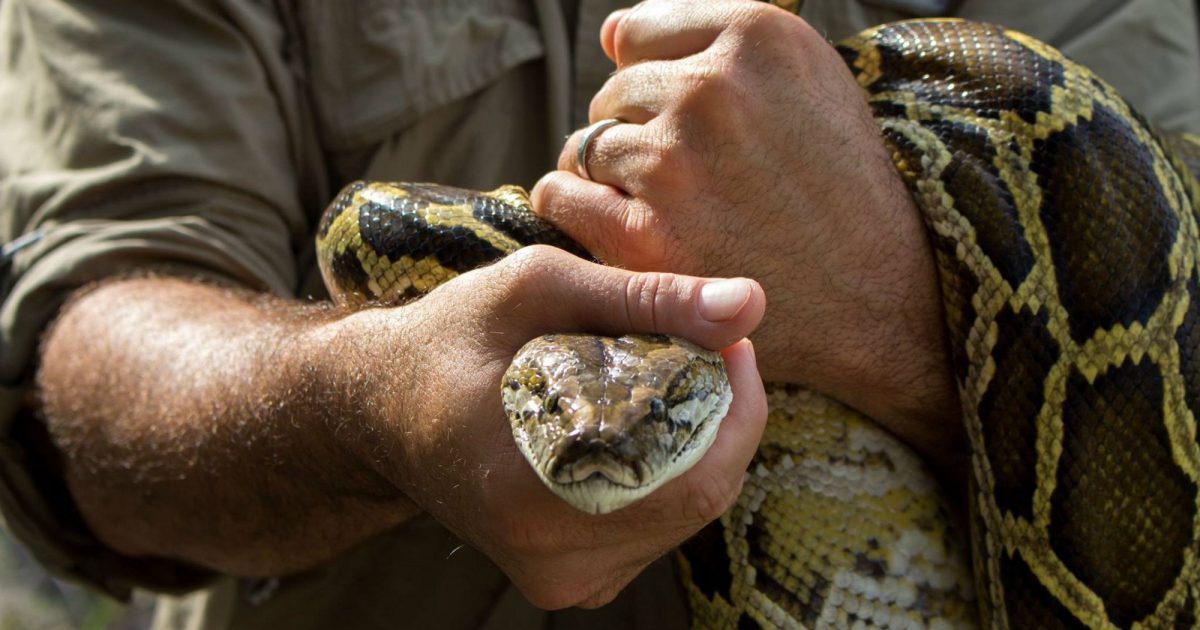 *WARNING* The images contained in this article are graphic in nature, viewer caution is advised.

We here at Great American Outdoors cannot stress enough how important it is, to NOT introduce an invasive species in to the wild here in the United States. These animals, such as Burmese pythons (shown below), can wreak havoc on our ecosystem.

On April 7, 2015, Conservancy wildlife biologists and land managers from Collier-Seminole State Park discovered an 11-foot female Burmese python in the park that was visibly distended by a large food bulge. After capturing the snake and moving it to an open area, the snake began to regurgitate a young white-tailed deer.

The find also questions if the Burmese python may be able to negatively impact the population of white-tailed deer by preying on young fawns before they are old enough to mate. Some studies suggest the Burmese python is responsible for a 90 percent decline in small mammal populations in the eastern Everglades. The Conservancy of Southwest Florida’s mission is to protect the region’s water, land wildlife and future.