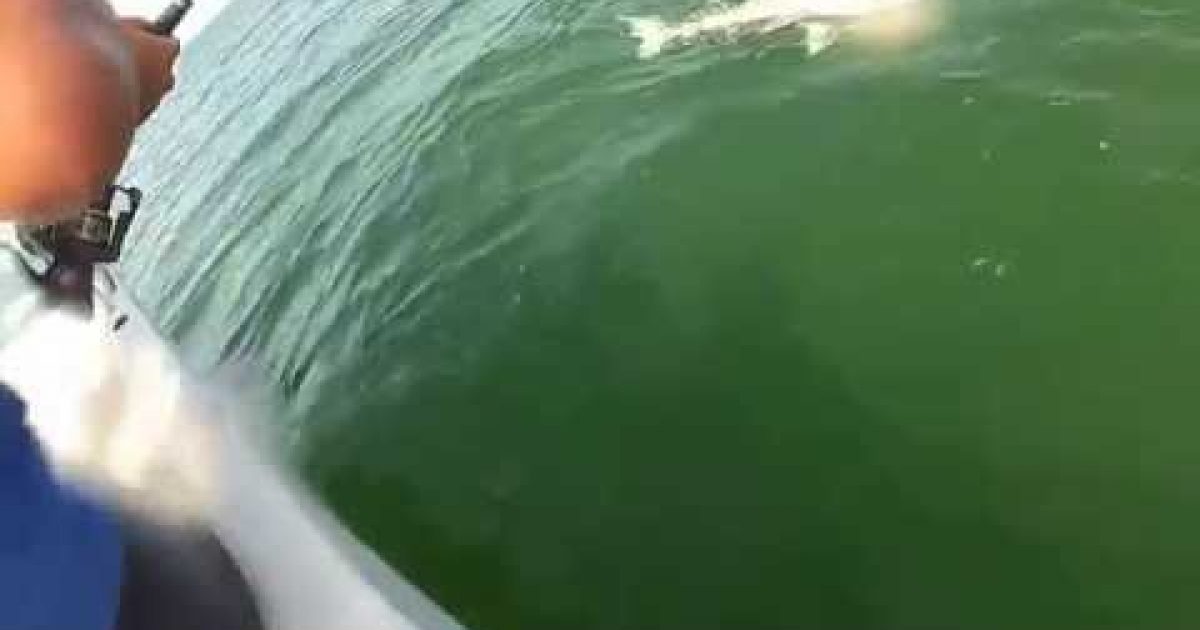 Goliath grouper’s are opportunistic predators and feed mostly on slow-moving, bottom-associated species. Calico crabs make up the majority of their diet, with other invertebrate species and fish filling in the rest.

Goliath grouper will occasionally feed on fish that are struggling on a fishing line, but they have not been shown to actively hunt down fast, free swimming fish such as snappers and groupers.

Prey is ambushed, caught by a rapid expansion and opening of the mouth that allows prey to be sucked in and swallowed whole.

The man on the boat in the video below, had a 4ft. blacktip shark on the line and as you can clearly see, all it too was one gulp and the shark was gone.

The blacktip shark is found in warm coastal waters around the world—where it often encounters people. The animal frequents bays, estuaries, coral reefs, and the shallow waters off beaches and river mouths.
During summer some blacktip sharks migrate to typically cooler waters, including those off Cape Cod, Massachusetts, while others stay put in warmer equatorial waters year-round.
Parler Facebook Twitter