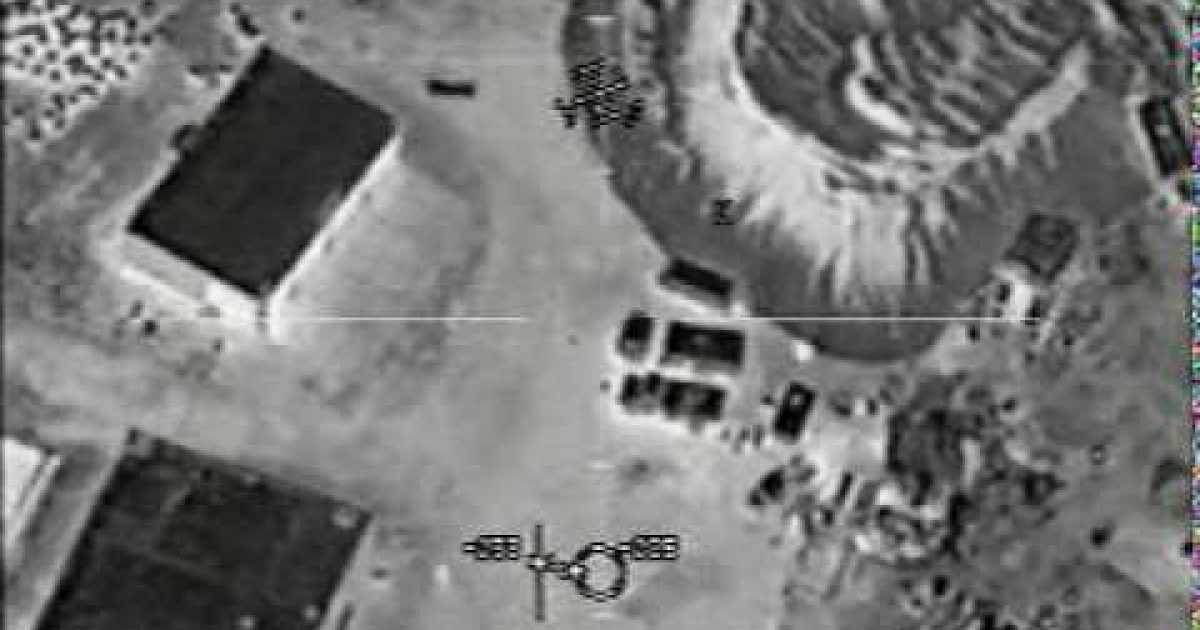 Facebook Twitter
If there is one thing terrorists in the Middle East truly fear…it’s the Lockheed AC-130  Gunship. By the time they realize they are being fired upon…they’re already a steaming pile of chopped meat. And while all of the other terrorists are pissing their pants trying to find a place to hide, too late do they realize…THERE IS NO PLACE TO HIDE.
The Lockheed AC-130 gunship is a heavily-armed ground-attack aircraft. The basic airframe is manufactured by Lockheed, and Boeing is responsible for the conversion into a gunship and for aircraft support. It is a variant of the C-130 Hercules transport plane. The AC-130A Gunship II superseded the AC-47 Gunship I in the Vietnam War.
The gunship’s sole user is the United States Air Force, which uses AC-130H Spectre and AC-130U Spooky variants. The AC-130 is powered by four Rolls-Royce T56-A-15 turboprops and has an armament ranging from 20 mm Gatling guns to 105 mm howitzers. It has a standard crew of twelve or thirteen airmen, including five officers (two pilots, a navigator, an electronic warfare officer and a fire control officer) and enlisted personnel (flight engineer, electronics operators, and aerial gunners).
The US Air Force uses the AC-130 gunships for close air support, air interdiction, and force protection. Close air support roles include supporting ground troops, escorting convoys and flying urban operations. Air interdiction missions are conducted against planned targets and targets of opportunity. Force protection missions include defending air bases and other facilities.
The video is 9 minutes long, but it’s WELL WORTH IT, so grab a cold one, get some popcorn and enjoy the show!!
Facebook Twitter