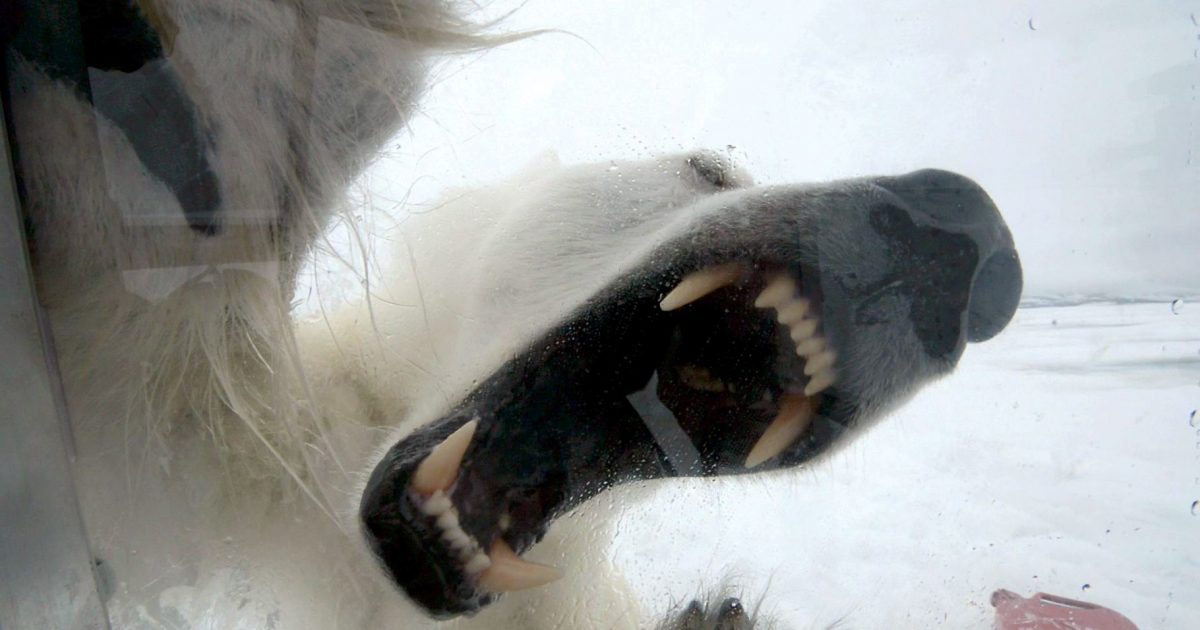 If there is one creature that you don’t want to come face to face with in the frozen north, it’s the polar bear. Polar bears are the largest land carnivores in the world, rivaled only by the Kodiak brown bears of southwestern Alaska. Polar bears are large, white bears that like cold climates, fatty meals and long days of hunting.

No matter how adorable polar bears look, these animals are not cuddly. In fact, polar bears are ferocious hunters, and they are the biggest carnivores among land animals.Polar bears sit at the top of the food chain in the biologically rich Arctic.

The most carnivorous of the bear species, polar bears feed primarily on the fat of ice-dependent seals. The remains of these seals provide food for many other Arctic wildlife species, giving polar bears a vital role in their ecosystem.

Now, regarding the video below, this is the terrifying moment a wildlife cameraman comes face-to-face with a fierce polar bear looking for its next meal. Since the largest male polar bear ever recorded was 2,209 pounds, the weight of this bear (in the video), was an over-estimated guess, since females are only about HALF that size.

The eight-foot predator repeatedly attacks the perspex cage housing, occupied by Gordon Buchanan as he films a new series. For almost 45-minutes the Scottish filmmaker endures the polar bear’s sustained assault as it desperately looks for a weak spot in his pod. The bear, with its powerful paws and giant teeth, was trying to get hold of the 40-year-old so she could feed herself and her two young cubs.

Whatever the case, you wouldn’t get me to sit there in a cage like that and wait for a polar bear to come along…sorry.