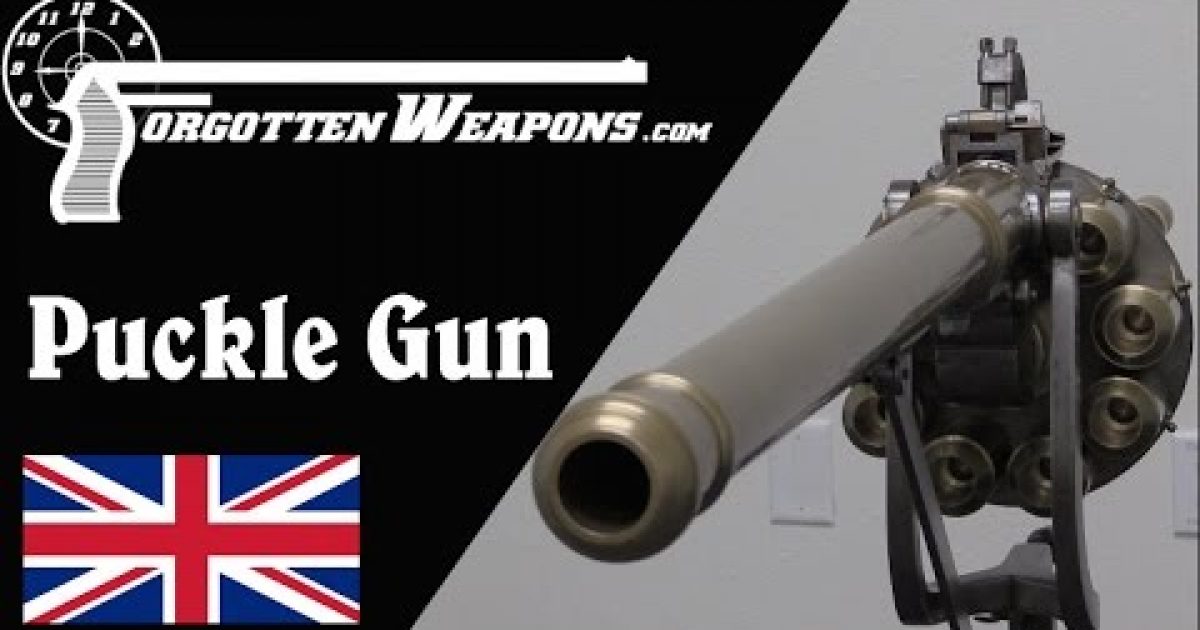 I’m going to start doing something new here at Great American Outdoors, I’m going to make a concerted effort to properly educate our ‘liberal’ friends on the left about the history of firearms technology from the period in time when the Constitution (in particular the 2nd Amendment) was written.

While it is true, that during the 18th century, the average (and most common) firearms used by the American colonists was a flintlock rifle/pistol, there were weapons out there that were far more technologically advanced that could fire several rounds in a shorter period of time.

Let me introduce the “Puckle Gun” and it was created in the second decade of the 18th century (circa 1718-20).

The Puckle Gun is probably best known as that thing that had round bullets for Christians and square bullets for Turks, but there is much more to it than just that (and in addition, the square bullet version was never actually built).

James Puckle designed it in 1718 as a naval defensive weapon to help British vessels fight back against Ottoman pirates using fast and nimble small boats that could not be effectively engaged with large cannon.

Puckle’s gun was a 9-shot repeater of about 1.25″ bore on a flexible swiveling mount which could easily track the fastest marauder. The Puckle is basically a manual revolver, but its firing mechanism incorporates some clever functionality to allow a fast and smooth rate of fire.

The gun was demonstrated in public in 1721 (after being turned down by the Royal Navy) and fired 63 shots in 7 minutes – quite the feat at that time!

The only sale appears to have been a private purchase of two guns for an expedition to the West Indies, however. Thanks to the Institute of Military Technology for allowing me to have access to this magnificent piece and bring it to you!