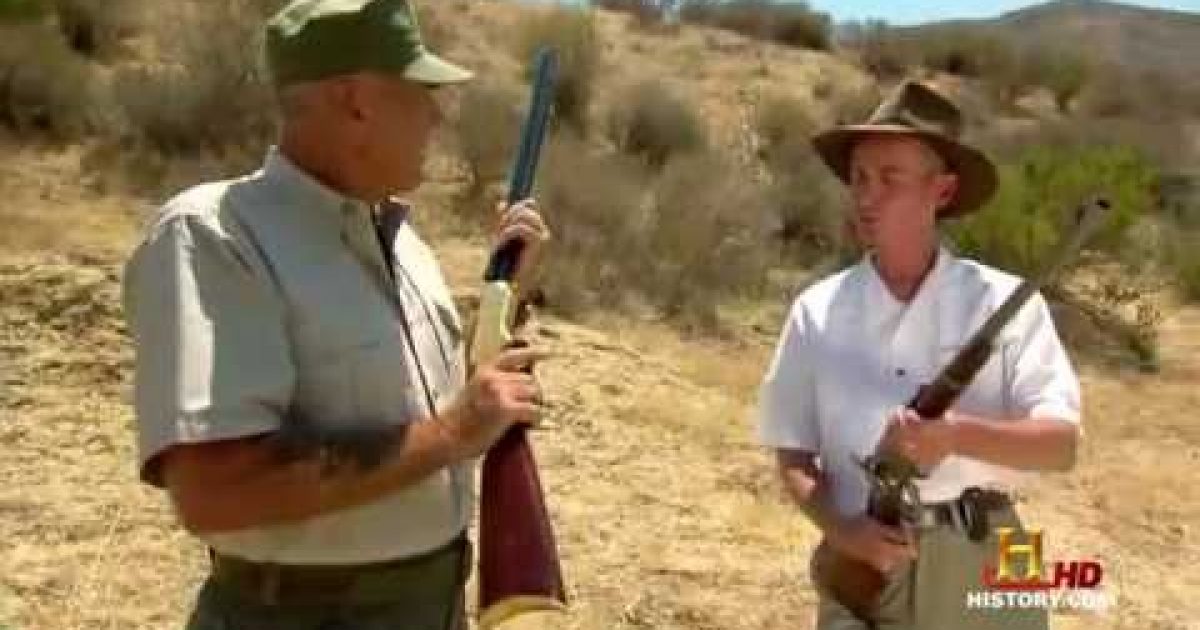 Facebook Twitter
The introduction of the firearm on the battlefield was a quantum leap in warfare, especially if your opponent had never seen one before. Not only did they make a terribly loud noise and filled the battlefield with smoke, the wounds caused by these weapons were horrific. Now, I’m NOT talking about cannons, I’m talking about the musket and it’s evolution into what we would call a “rifle”. Cannons have been around since the 12th century. The cannon was invented in China as early as the 12th century and traces its development from the fire lance, the ancestor of cannons and firearms.
A musket is a muzzle-loaded, smoothbore long gun that appeared in early 16th century Europe, at first as a heavier variant of the arquebus, capable of penetrating heavy armor. By the mid-16th century, this type of musket went out of use as heavy armor declined, but as the matchlock became standard, the term musket continued as the name given for any long gun with a flintlock, and then its successors, all the way through the mid 1800’s.
The long rifle, also known as longrifle, Kentucky rifle, or Pennsylvania rifle, was one of the first commonly used rifles for hunting and warfare It is characterized by an unusually long barrel, which is widely believed to be a largely unique development of American rifles that was uncommon in European rifles of the same period. The longrifle is an early example of a firearm using rifling (spiral grooves in the bore).
According the The ENCYCLOPÆDIA BRITANNICA:
Rifle, firearm with a rifled bore—i.e., having shallow spiral grooves cut inside the barrel to impart a spin to the projectile, thus stabilizing it in flight. A rifled barrel imparts much greater accuracy to a projectile, as compared with a smoothbore barrel. The name rifle, most often applied to a weapon fired from the shoulder, may also denote a crew-served weapon such as a rifled cannon or recoilless rifle. Although field guns, pistols, and machine guns have rifled barrels, they are not normally referred to as rifles.
But, enough of that, let’s get down to it and let Gunny give his take on this, I’m sure you’ll find the video below as interesting as I did.
Facebook Twitter