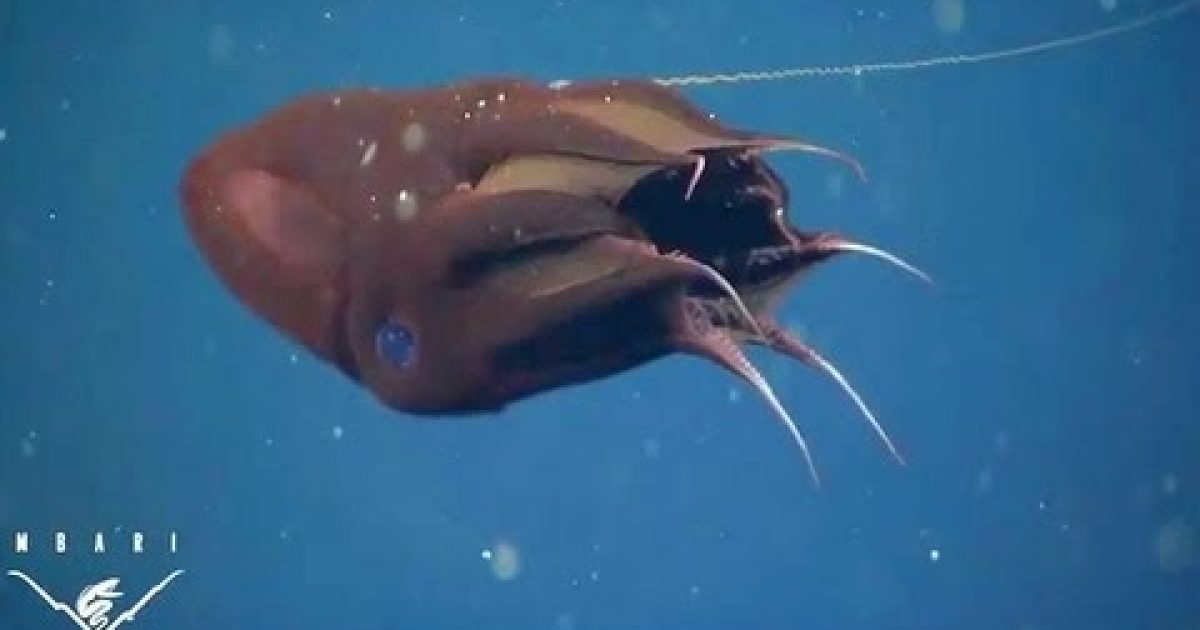 As a writer, I try to learn as much as I can about my subject material, but every now and then, I come across something I wasn’t at all familiar with, like the vampire squid. So, I’ll included other sources in this article (along with the video of course), so we can all get an education. One of the reasons I love my job so much, is that I get to study several subjects and gain as much knowledge as possible.

The paragraph below, comes courtesy of the Monterey Bay Aquarium Research Institute:

For years marine biologists have puzzled over what the mysterious vampire squid eats. Recent research by Henk-Jan Hoving and Bruce Robison at the Monterey Bay Aquarium Research Institute finally reveals the answer. These deep-sea creatures use long, retractile filaments to passively harvest particles and aggregates of detritus, or marine snow, sinking from the waters above. This feeding strategy, unknown in any other cephalopod (this group of animals includes squid and octopods), allows vampire squid to thrive in the oxygen minimum zone where there are few predators but marine detritus is abundant.

This bit is from Wikipedia:

The vampire squid (Vampyroteuthis infernalis, lit. “vampire squid from Hell”) is a small cephalopod found throughout temperate and tropical oceans in extreme deep sea conditions. Unique retractile sensory filaments justify the vampire squid’s placement in its own order, Vampyromorphida, as it shares similarities with both octopuses and squid. As a phylogenetic relict, it is the only known surviving member of its order. The first specimens were collected on the Valdivia Expedition and they were originally described as an octopus in 1903 by German teuthologist Carl Chun, but later assigned to a new order together with several extinct taxa.

Now that you have some background on this creature, enjoy the video, I’m sure you’ll find it as interesting as I did.