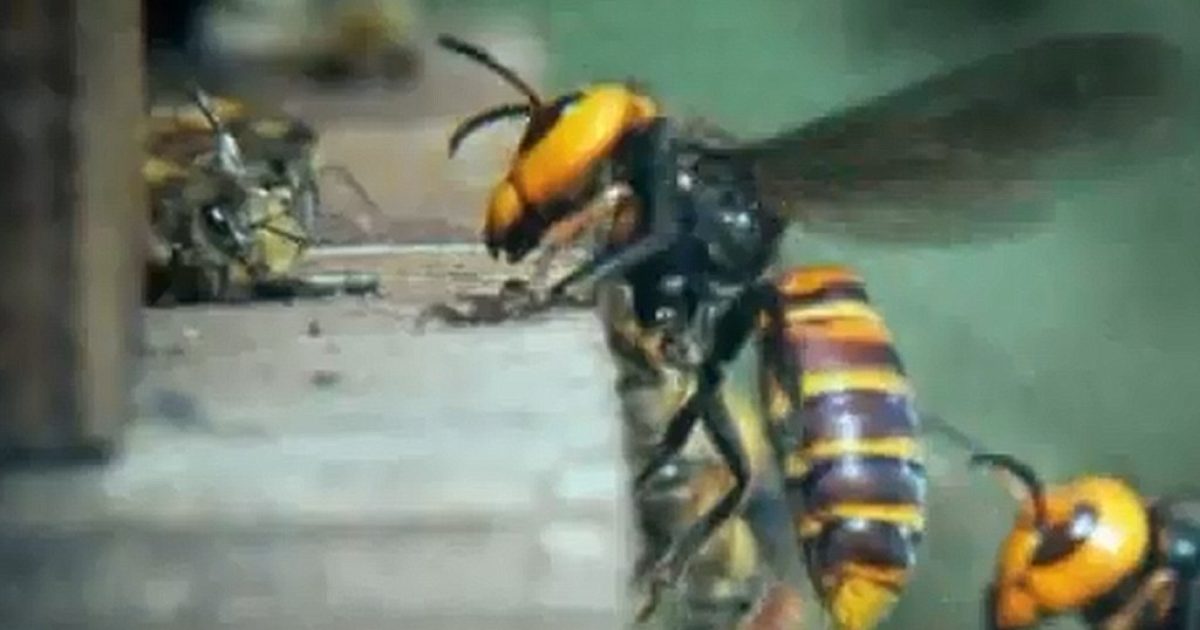 Facebook Twitter
Just one look at the Japanese giant hornet is enough to scare the pants off of any normal person and these insects are deadly as well. Not only are they giants, but their sting is quite hazardous to humans. Why is it always that some of the worlds BIGGEST and DEADLIEST bugs all seem to come from Asia ? All I know, is that I won’t be making any vacation plans to visit Asia any time soon.
The Japanese giant hornet is large and can be very aggressive if provoked. Its venom, which is injected by the 6.25 mm-long stinger, attacks the nervous system and damages the tissue of its victims.
Being stung is extremely painful and can require hospitalization. Asian giant hornet stings can cause anaphylactic shock in allergic people but can still be lethal to people who are not allergic, provided the dose is sufficient.
But, the Japanese honey bee isn’t quite defenseless either, they have a very special way to deal with the giant hornet. In a battle with Asian giant hornets, Japanese honeybees turn up the heat—quite literally—by swarming around the hornets and cooking them to death.
Now scientists have found a genetic switch in the honeybees’ brains that turns on during the attacks. Though the gene activity doesn’t seem to trigger the behavior, it might provide leads in explaining the insects’ ability to withstand the heat of so called hot defensive bee balls, a new study says.
The bees’ strange defensive tactic evolved because their venomous stingers are too small to pierce the thick exoskeletons of the giant hornets. The quivering of muscle fibers from so many bees creates real heat that kills off the predators.
Facebook Twitter