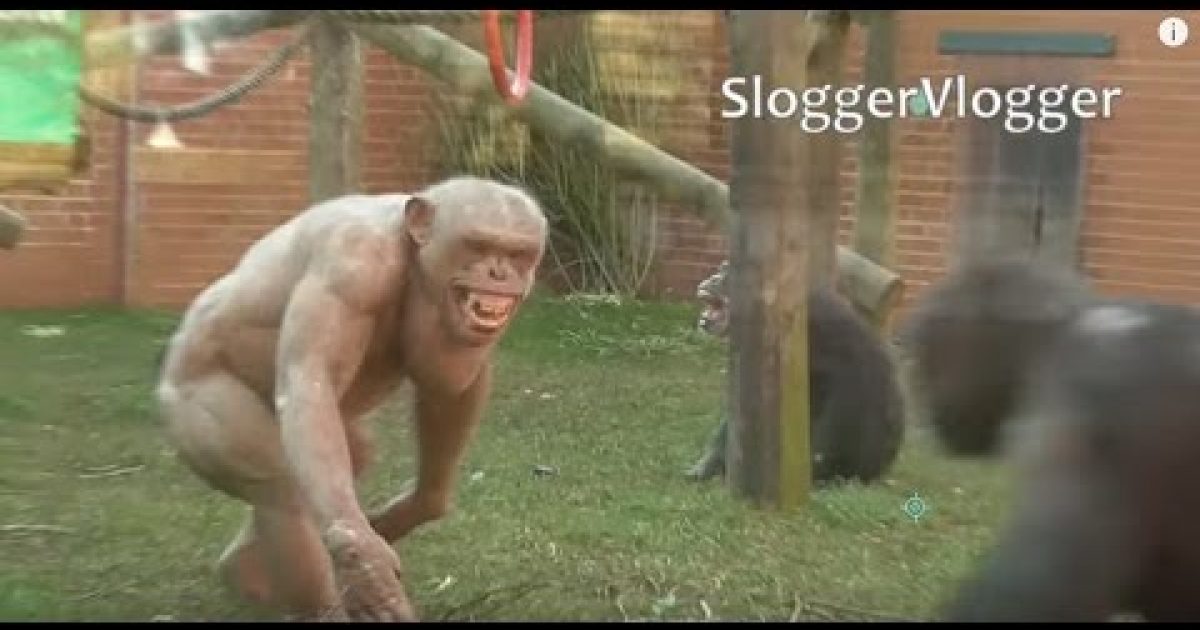 To anyone who turns on their television, goes to the movies, or uses a computer, I’m betting hasn’t seen anything like this, because if they had, they certainly wouldn’t have forgotten it.

Chimpanzees are the closest living primates comparable to human beings.  In fact, humans, chimpanzees, gorillas, orangutans and their extinct ancestors form a family of organisms known as the Hominidae. Researchers generally agree that among the living animals in this group, humans are most closely related to chimpanzees, judging from comparisons of anatomy and genetics.

In the video below, you will see some examples of that. But what is truly fascinating about the chimpanzees in the video below, is that they suffer from a condition known as; Alopecia. It causes hair loss in both humans and animals as the immune system attacks hair follicles.  But I’m not speaking directly about alopecia, but rather what the chimps in the video LOOK LIKE without any hair.

As you can plainly see, their muscle definition is INCREDIBLE and it’s NO WONDER, that if this animal were to assault a human being, child, or adult, the injuries sustained would be horrific.

These are the Chimpanzees ( chimps) from the Twycross zoo at Atherstone, England. Jambo and Mongo, a father and son duo.  In the background you can hear some one asking the keeper about it and the keeper explaining.

Horrified visitors captured the moment two chimps caused a mass brawl in a United Kingdom zoo enclosure. The footage, which was filmed by a visitor at Twycross Zoo in Atherstone, shows the two hairless chimpanzees chasing and hitting each other.

And their scrap soon turned into a mass brawl after the rest of the animals also sharing their enclosure got involved. Despite being hairless – inherited from his equally smooth father, Jambo and Mongo was a hit in his group.