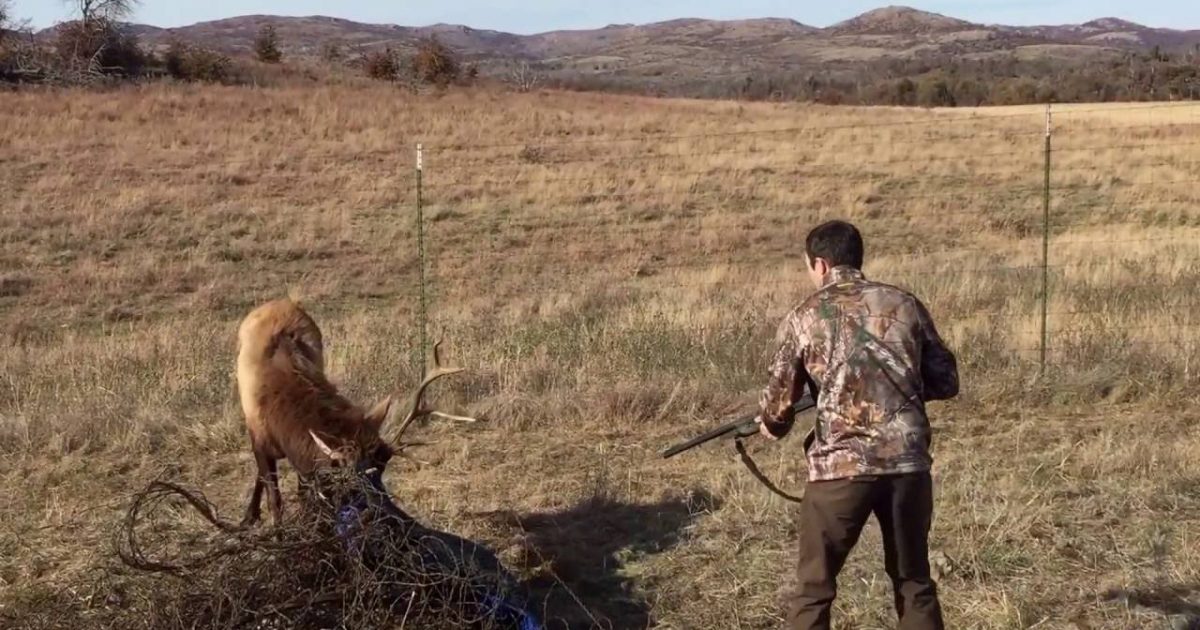 For those of you folks out there that think that hunters are only interested in killing ‘defenseless animals’, this is for you. Just because some of us hunt, doesn’t mean we don’t have compassion for our prey. In the video below, you’ll see exactly what I mean.

There are those people who actually believe, that as soon as hunting season starts, that the woods are filled with redneck hunters, hell-bent on killing anything that comes within rifle range.

And while there is a small percentage of hunters like that, the vast majority of ‘real’ hunters, are practicing not only their God-given right, they are the ones who practice true animal harvesting and at the same time, conservation.

In other words, a real hunter will wait for the right animal to come along and only then, make the choice to shoot that particular animal. But I digress….this isn’t about hunting, this is about a man who has found a trapped animal and does his best to free it, without hurting it.

As you can see in the video below, a young bull elk had it’s antlers caught in a tangled mass of barbed wire, and even though the man with the shotgun appears as if he is going to shoot the poor beast, he’s actually waiting for the right moment to free it, without causing the animal any harm.

The young man in the video sees just how badly the elk’s antlers are caught in the wire and he knows the only way to free the animal is to shoot at the antlers so the animal can escape the entanglement.

Here is what they guys that posted the video to YouTube had to say about their experience:

We came across this bull with his antler stuck in the fence. The only way we could get him free was to shoot the tip of his antler off. The elk was not harmed in any way.

As you can clearly see, the young man waited for precisely the right moment, then shoots and the animal is free. The man stands still as the unharmed elk takes-off none the worse for the wear after his captivity. Kudos to the guy in the video, I salute his compassion and efforts, because that’s what a REAL sportsman looks like!!