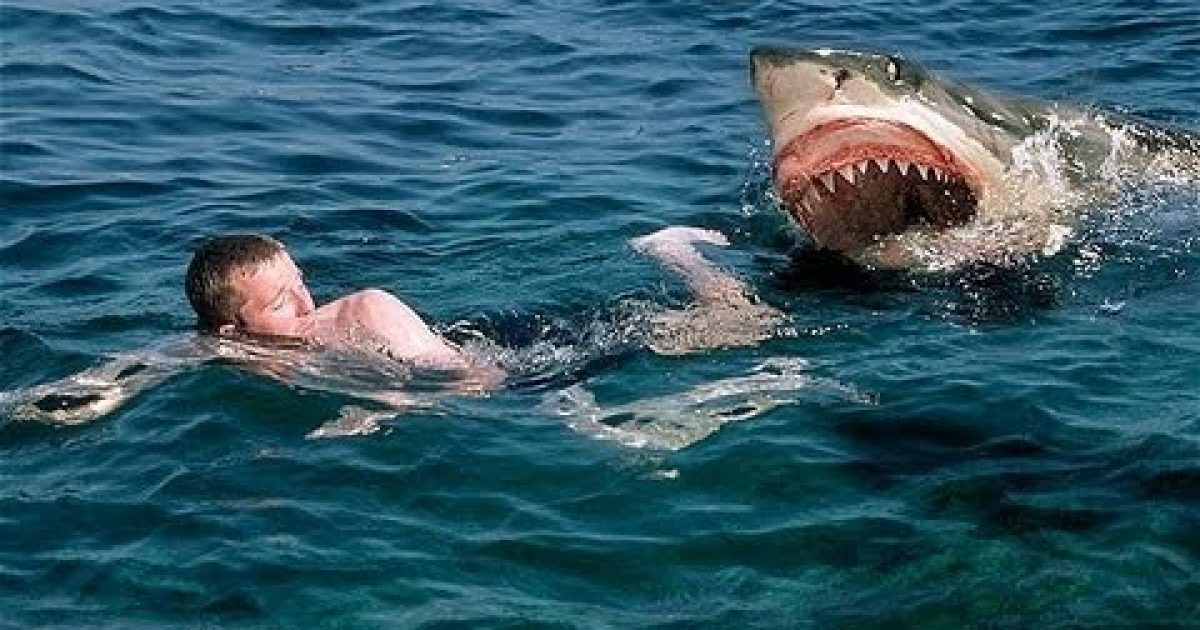 If there is one creature on this earth that truly instills fear in the hearts of men, women and children…it’s the great white shark. Prior to the mid 1970’s, if you were to ask anyone just exactly what was a great white shark, 7 out of 10 people couldn’t tell you.

It wasn’t until the release of the motion picture “Jaws”, then EVERYONE knew what a vicious monster it was. Sadly, the hysteria caused by the film, brought out wannabe shark hunters from all over the planet and almost brought the great white to the brink of extinction.

Finally, after a few years, cooler heads prevailed and the slaughter of these magnificent creatures was halted and now they are  only hunted for study.

The Great White is one the largest sharks in the world. Mature females can be as long as 6 m (20 ft) and weigh up to 1950 kg (4300 lbs), although the average size of a Great White is closer to 4.5 m (15 ft), which is still a massive size. The Great White is a fast and nimble swimmer, reaching speeds up to 24 km/hr (15 mph). The mouth is also impressive, in that it contains 3000 teeth in rows that rotate into use as needed.

As the young sharks grow and their jaws get stronger, they start hunting larger prey. The diet of adult Great White Sharks consists mostly of marine mammals, like different species of seals and dolphins, but they will also eat sea turtles and otters. It seems that individual sharks have specific food preferences, so some may prefer seals, whereas others really like dolphin meat.

In addition to the stellar hunting skills of the Great Whites, they are also skilled at sniffing out fast food, in other words animals that have died and are floating in the sea.

It should be clear by now that the Great White Shark diet is based on fish for the young sharks and marine mammals for the adults. As we all know, Great White Sharks do sometimes attack humans, although they rarely kill and eat human beings.