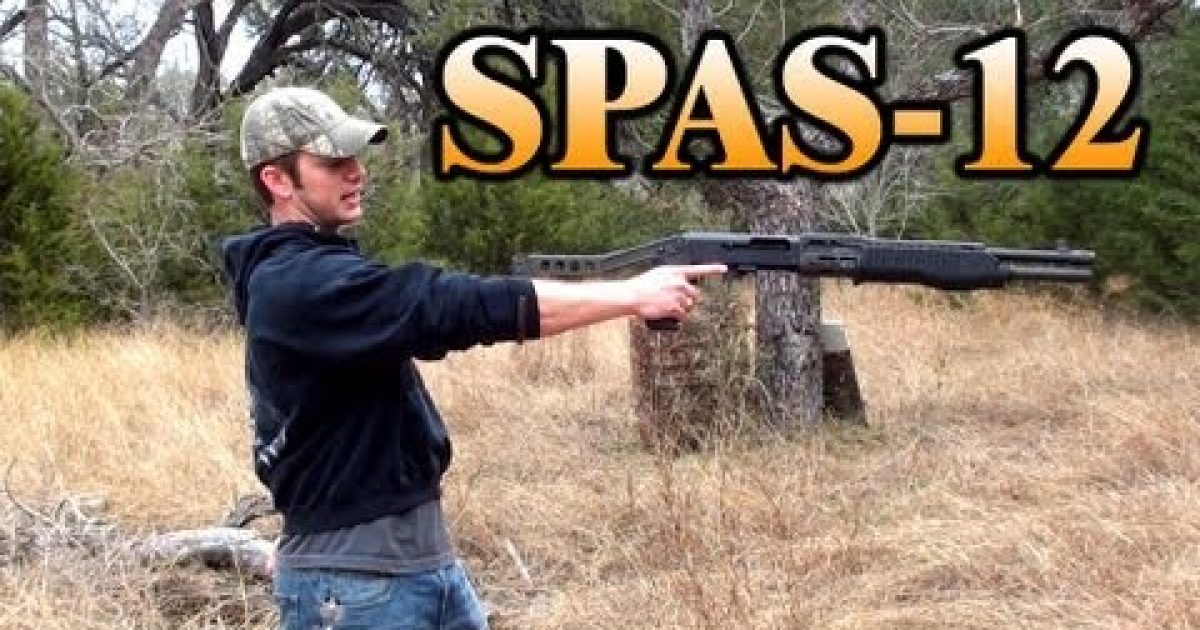 Facebook Twitter
The  Franchi SPAS-12 shotgun, is a very good and unique shotgun for several reasons and if you can find one, they would be a good gun to have in your gun safe. The SPAS-12 was designed to function primarily as a semi-automatic firearm, with the pump-action mode used to reliably fire low-pressure ammunition such as tear gas rounds or less-lethal bean bags. The firing mode is switched by depressing the button under the fore-grip and also sliding the fore-grip forwards or backwards until it clicks into position allowing the rotating sleeve to open or close the two gas ports.
According to Wikipedia:

The Franchi SPAS-12 is a combat shotgun manufactured by Italian firearms company Franchi from 1979 to 2000. The SPAS-12 is a dual-mode shotgun, adjustable for semi-automatic or pump-action operation. The SPAS-12 was sold to military and police users worldwide on the civilian market and has been featured in many movies, TV shows, and video games.

The appearance and intended purpose of the SPAS-12 initially led to its “military” designation as a combat shotgun. The SPAS-12 was designed from the ground up as a rugged military shotgun, and it was named the Special Purpose Automatic Shotgun. In 1990, Franchi renamed the shotgun the Sporting Purpose Automatic Shotgun, which allowed continued sales to the United States as a limited-magazine-capacity, fixed-stock model until 1994.

You might find one of these shotguns either on the internet, or even in your local pawn shop and depending on condition and price, it would still be a good purchase.
Facebook Twitter