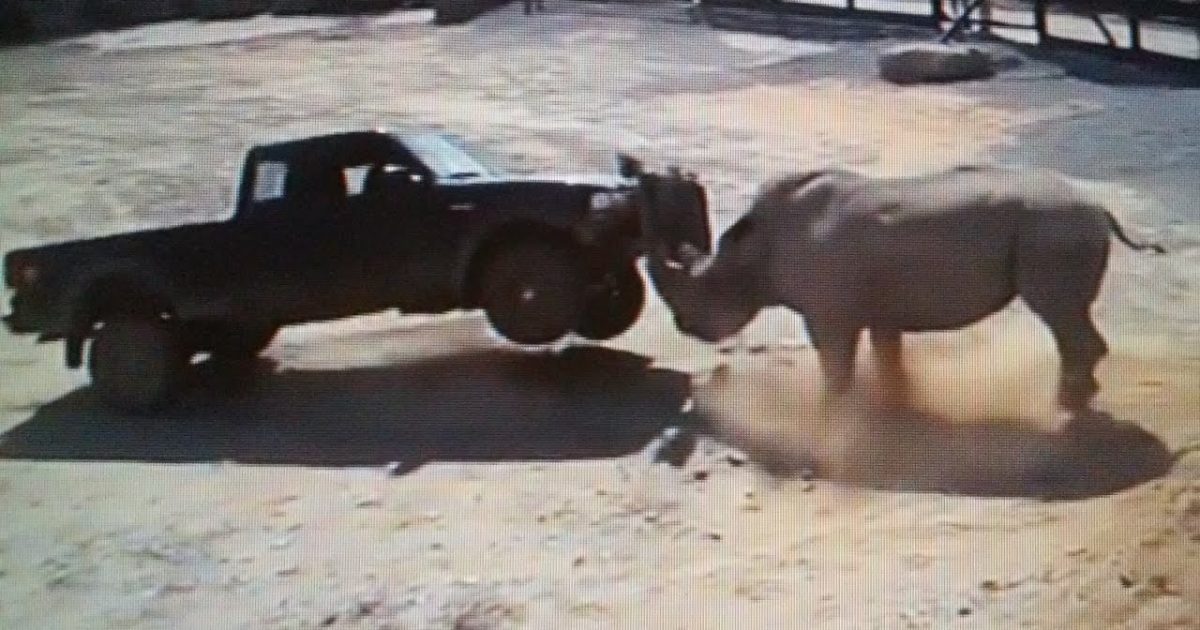 While I was watching the video below, my first thought was: “Just get the HELL outta there!”. Why on earth would anyone just sit still and let an animal that weighs over 3,500 pounds strike your car? As you can clearly see in the video below, these animals have NO FEAR of man, or his machines and if they feel threatened, they will retaliate…and in a BIG way. In fact, the Rhino has no natural enemies, except man.

Rhinoceroses are large, herbivorous mammals identified by their characteristic horned snouts. The word “rhinoceros” comes from the Greek “rhino” (nose) and “ceros” (horn). There are five species and 11 subspecies of rhino; some have two horns, while others have one.

Because the animals’ horns are used in folk medicine for their supposed healing properties, rhinos have been hunted nearly to extinction. Their horns are sometimes sold as trophies or decorations, but more often they are ground up and used in traditional Chinese medicine. The powder is often added to food or brewed in a tea in the belief that the horns are a powerful aphrodisiac, a hangover cure and treatment for fever, rheumatism, gout and other disorders.

According to the African Wildlife Foundation: