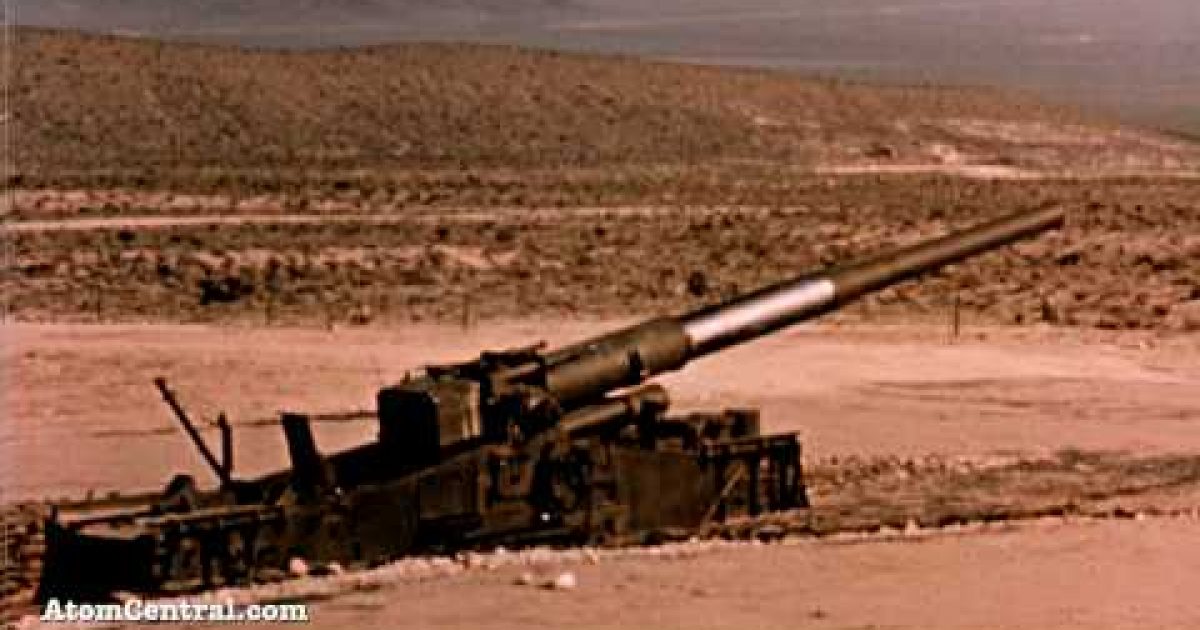 Facebook Twitter
At the end of World War II, one would think that the earth had had it’s fill of bloodshed, but within less than a half a decade, the world was once more divided on what would become known as the “Cold War”.
The Cold War was a state of geopolitical tension after World War II between powers in the Eastern Bloc (the Soviet Union and its satellite states) and powers in the Western Bloc (the United States, its NATO allies and others). The term “cold” is used because there was no large-scale fighting directly between the two sides, but they each supported major regional wars known as proxy wars.
Historians do not fully agree on the dates, but a common time frame is the period between 1947, the year the Truman Doctrine, a U.S. foreign policy pledging to aid nations threatened by Soviet expansionism, was announced, and either 1989, when communism fell in Eastern Europe, or 1991, when the Soviet Union collapsed.
The cannon shown in the video below was one such nuclear weapon delivery system that was developed during the early 1950’s, by this time our biggest deterrent were nuclear bombs that could be delivered by long-range bombers and ballistic missles that could deliver a nuclear payload anywhere on earth. The military was also experimenting with “limited” nuclear weapons (shown below) that could be used against enemy troops on the battlefield.
On May 25, 1953 at 8:30 a.m., the atomic cannon was tested at the Nevada Test Site (specifically Frenchman Flat) as part of the Upshot–Knothole series of nuclear tests. The test—codenamed “Grable”—was attended by the Chairman of the Joint Chiefs of Staff, Admiral Arthur W. Radford and United States Secretary of Defense Charles Erwin Wilson; it resulted in the successful detonation of a 15 kiloton shell (W9 warhead) at a range of seven miles.
This was the first and only nuclear shell to be fired from a cannon. (The Little Feller 1 test shot of an W54 used a Davy Crockett weapon system, which was a recoilless smooth-bore gun firing the warhead mounted on the end of a spigot inserted in the barrel of the weapon.)
Facebook Twitter