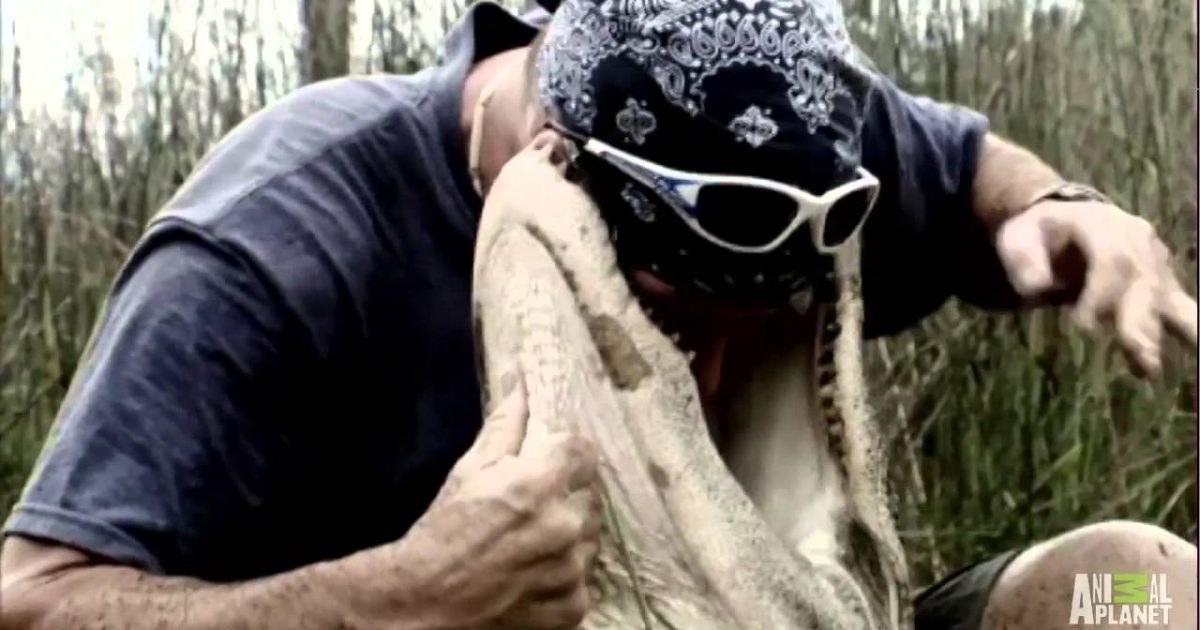 When handling alligators it’s always a good practice to try and NOT stick your hand, foot, or face, in in an alligators mouth. I don’t care if you’ve wrangled hundreds, or even thousands of these dangerous predators, if given the chance, they will try and take a chunk out of you.

Before the intrusion of man, alligators used to own South Florida. Times have changed, however, and now there’s a daily struggle between man and beast. It’s that struggle that keeps Paul Bedard and Jimmy Riffle busy. The “Gator Boys” operate an animal facility in the Everglades, with the goal to capture nuisance gators — and other wildlife — and return them to their natural habitat before trappers kill the animals.

In the video below, “Gator Boy” Paul Bedard, finds-out that even though he has plenty of experience handling gators, if you make a single mistake, a gator will do what is is that they do and try to literally take your head off. Even though he’s done this stunt several times, it seems that the more you tempt fate, the greater the chances are that you could end-up on the alligators menu.

The American alligator is a rare success story of an endangered animal not only saved from extinction but now thriving. State and federal protections, habitat preservation efforts, and reduced demand for alligator products have improved the species’ wild population to more than one million and growing today.
One look at these menacing predators—with their armored, lizard-like bodies, muscular tails, and powerful jaws—and it is obvious they are envoys from the distant past. The species, scientists say, is more than 150 million years old, managing to avoid extinction 65 million years ago when their prehistoric contemporaries, the dinosaurs, died off.
Facebook Twitter