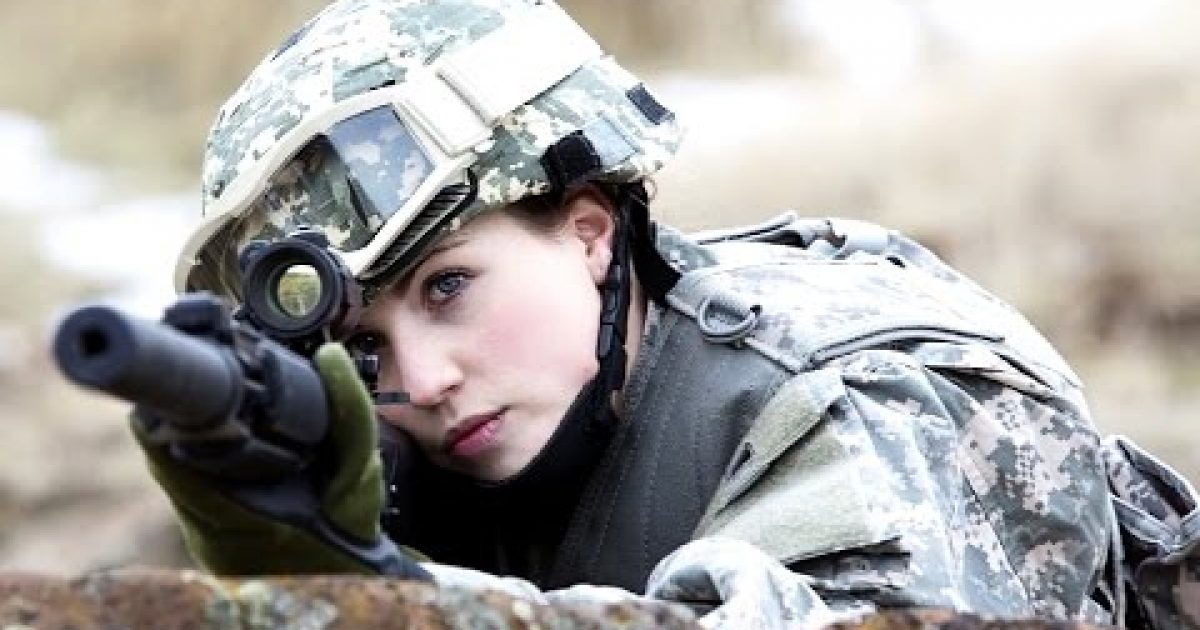 Facebook Twitter
Men have always dominated the chronicles of military history, but what about women? It would be foolish to think that there weren’t any women who stepped into the role of soldier and through their extreme acts of bravery, saved the lives of their fellow service members. I am proud to present you this tribute to our fellow sister service members, who by their extreme acts of valor, have earned them a place in history.
Now, even though I’m what you call “old school”, don’t think for a moment that I don’t respect women in our armed forces, I am truly a believer in “equal opportunity” for the sexes and if women really want to serve in front line combat duty, than who am I to deny them that option. In the video below there are 7 prime examples of  incredible women who stepped into men’s shoes (or  should I say ” combat boots”) and earned them a special place in history.
As far as I’m concerned, I believe that the United States government needs to re-think the role of the female soldier, and I’m sure that a lot of men and women would agree with me. Take the IDF (Israel Defense Force) for example, according to wikipedia; The women in the Israel Defense Forces are female soldiers who serve in the Israel Defense Forces. Israel is one of only a few countries in the world with a mandatory military service requirement for women.
According to the IDF, 535 female Israeli soldiers had been killed in combat operations between the period 1962-2016 (this figure does not include the dozens of female soldiers killed in Israeli service prior to 1962). I believe that women should play a bigger role in combat operations, especially here in the United States military.
But I digress…watch the video below and if you want, please feel free to mention your favorite female military hero in the comment section.
Facebook Twitter