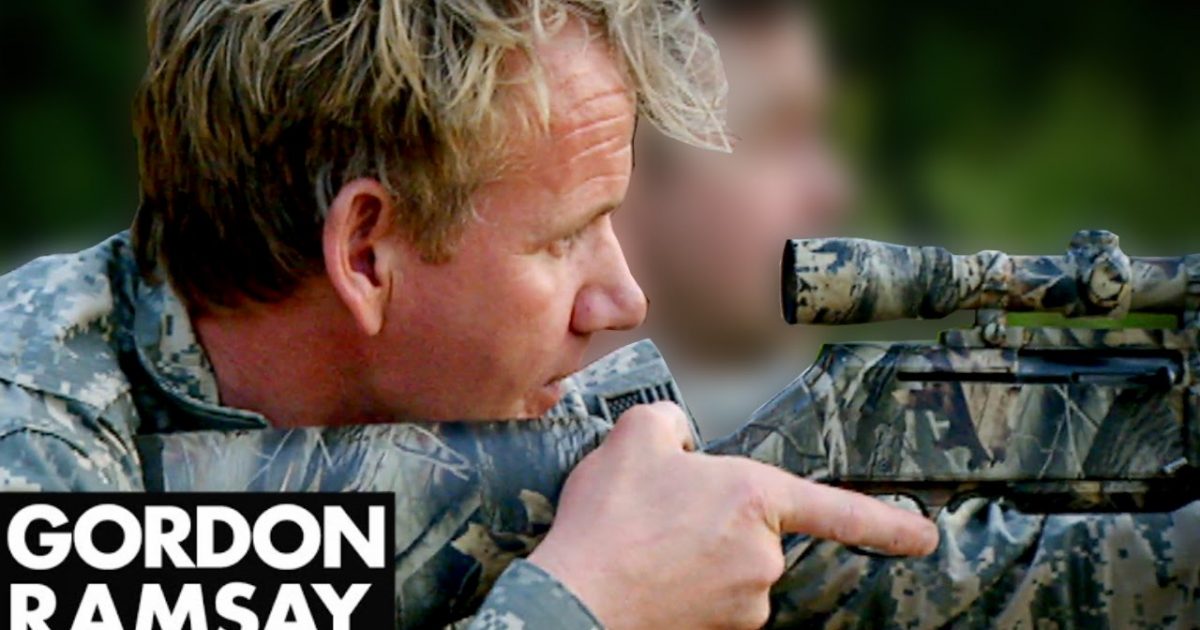 Okay, truth be told, I’m not a big fan of Gordon Ramsay. In his regular television show, I always thought he was a bit of a screaming primadonna. And while normally he may be very temperamental on his regular show, in this instance, he managed to show a different side of himself. It’s one thing to be on a television set screaming at all of the other chef’s, it quite another when you’re out in the woods, when other people next to you are carrying firearms. Gratefully (for him), he kept his mouth shut and listened for a change. I found this video to not only be kinda cool, but very informative as well.

It seems that even U.S. Army Forts (Fort Benning) are plagued and beset by feral hogs.  If you want to hunt at Fort Benning and happen to live  nearby, simply click HERE.

Just in case you have never seen, or don’t know who Gordon Ramsay is, here is something from Wikipedia:

.Gordon James Ramsay Jr. OBE (born 8 November 1966) is a British chef, restaurateur, and television personality. Born in Scotland, Ramsay grew up in Stratford-upon-Avon. His restaurants have been awarded 16 Michelin stars in total. His signature restaurant, Restaurant Gordon Ramsay in Chelsea, London, has held three Michelin stars since 2001. As a reality television personality, Ramsay is known for his fiery temper, strict demeanour, and use of expletives.
He often makes blunt and controversial comments, including insults and wisecracks about contestants and their cooking abilities. He combines activities in the television, film, hospitality, and food industries and has promoted and hired various chefs who have apprenticed under his wing. Ramsay is known for presenting TV programmes about competitive cookery and food, such as the British series Hell’s Kitchen, The F Word, and Ramsay’s Kitchen Nightmares, along with the American versions of Hell’s Kitchen, Kitchen Nightmares, MasterChef, MasterChef Junior, and Hotel Hell.
I’m not sure if I like him wearing the uniform though, but being a veteran of the U.S. Army, that’s my only hang-up.
Facebook Twitter