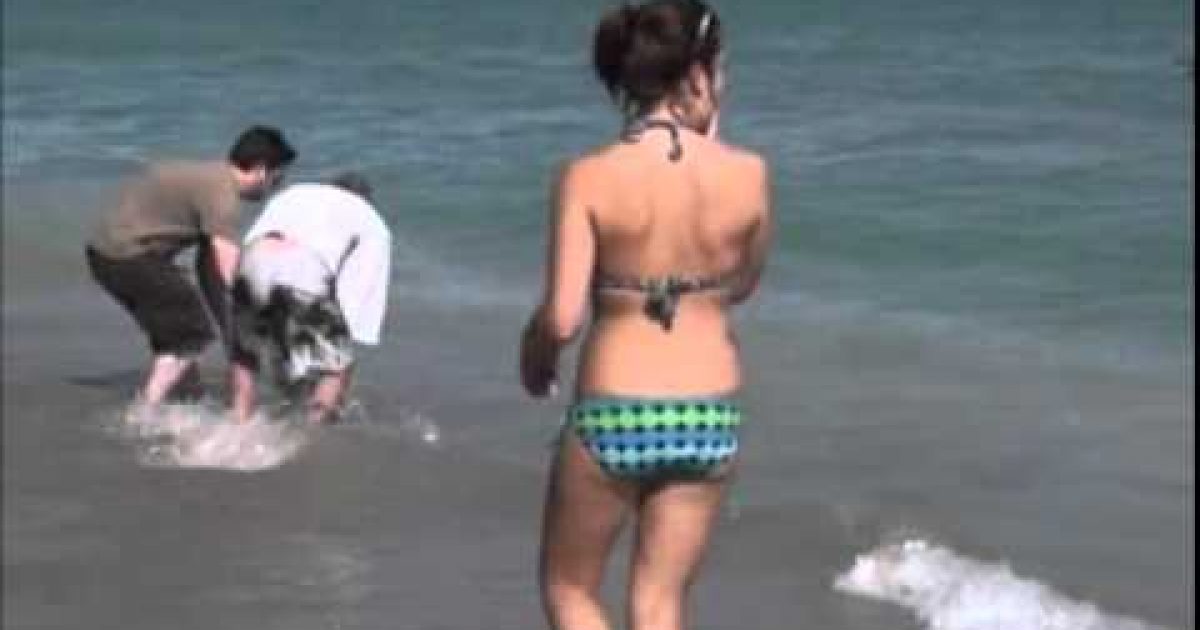 There is nothing more relaxing than spending a pleasant, warm, sunny day at the beach. But what if that was interrupted by a shark sighting and still further, what if you saw a shark attack just a few feet from shore? Well, on a sunny day, back in April of 2012, these Florida beach goers certainly got an eye full.

Thankfully, no one was injured and a Tarpon was the focus of the shark’s attention in this particular case, but as you can clearly see in the video below, several folks were very upset and disturbed.

As you can clearly see, the fish literally swam onto the shore to escape the shark and promptly beached itself. The folks on the beach then helped to get the large heavy fish in deeper water, but the shark was waiting for it and attacked and killed it.

While it is not clear as to which species of shark was involved, the object of the shark’s attention was a rather large Tarpon. Tarpons are large air-breathing fish of the genus Megalops; one species is native to the Atlantic, and the other to the Indo-Pacific Seas. They are the only members of the family Megalopidae.

Tarpon inhabiting the western Atlantic are principally found to populate warmer coastal waters primarily in the Gulf of Mexico, Florida, and the West Indies.

These long fish have slightly upturned faces and soft, lobed fins, and they can grow to more than 8 feet long and over 350 pounds. From above they appear dark blue or greenish black, or even brassy if they’ve been in inland waters, but they are recognizable for their very shiny silver sides covered in large scales.
They live in bays and mangrove lagoons, and can travel up rivers into freshwater. As well, they can, and usually need to, gulp air as a way to get additional oxygen. Tarpon are prized for their fight but not their flesh by sport fishers, but they are protected by significant regulations.
Facebook Twitter