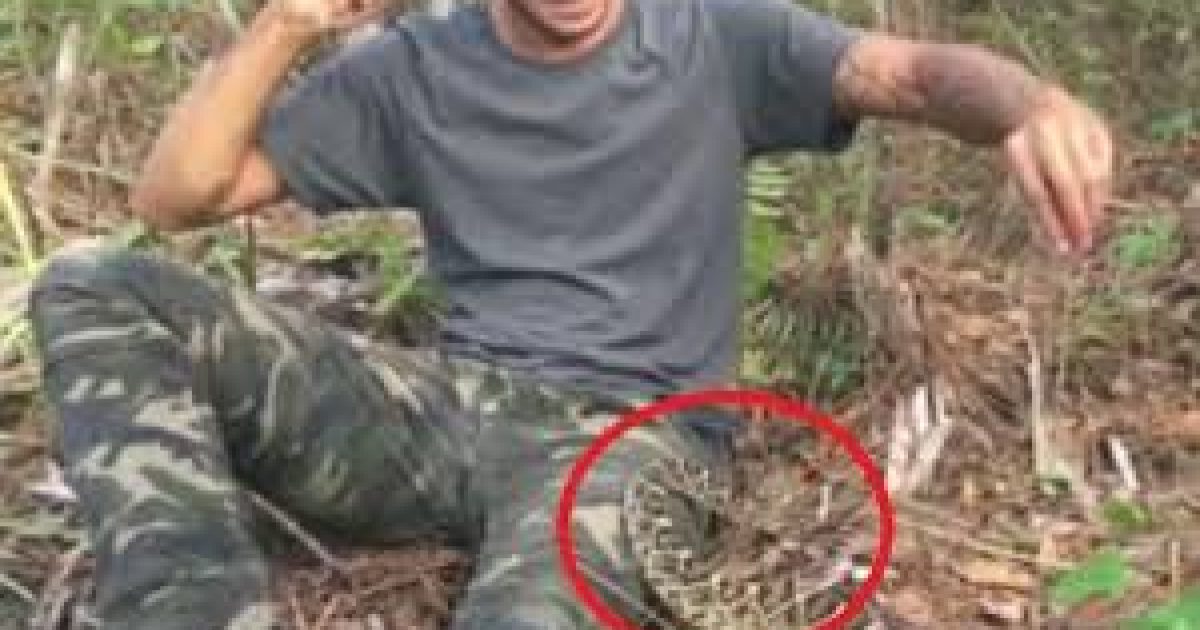 What would you do if you sat down during a hike and saw an eastern diamondback rattlesnake cozy-up next to you? Watch and see what the man in the video does when faced with that scenario.

The eastern diamondback rattlesnake is the largest venomous snake in North America. Some reach 8 feet in length and weigh up to 10 pounds.
These stout-bodied pit vipers generally live in the dry, pine flatwoods, sandy woodlands, and coastal scrub habitats from southern North Carolina to Florida and west to Louisiana.
Their pattern of yellow-bordered, light-centered black diamonds makes them among the most strikingly adorned of all North American reptiles. They are natural exterminators, surviving on such household pests as rats and mice, as well as squirrels and birds.
Feared as deadly and aggressive, diamondbacks are actually highly averse to human contact and only attack in defense. Most bites occur when humans taunt or try to capture or kill a rattlesnake. They can accurately strike at up to one-third their body length.
The moral to the story….when sitting down, always be aware of your surroundings.

I could never be this chilled……