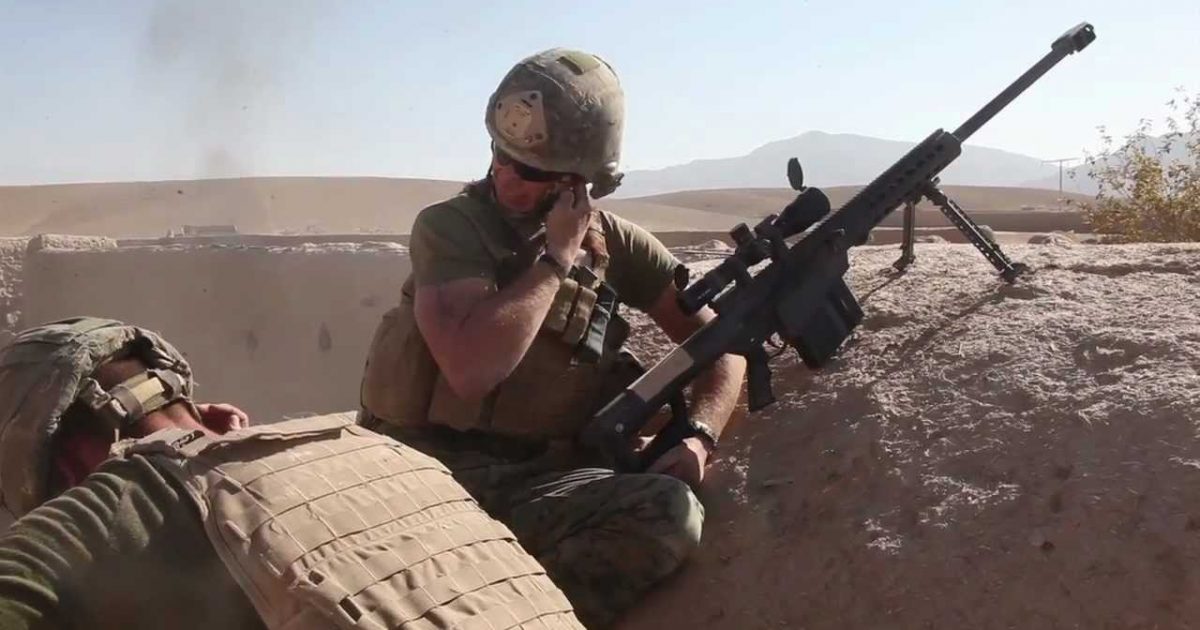 Facebook Twitter
In the video below we see Marines of the 1st Reconnaissance Battalion engage insurgents in Sangin, Afghanistan, as part of the counter insurgency ops. Marines are using a suppressed M4 with M203 greanade launcher, and a sniper uses a Barrett .50 caliber rifle.
A Scout Sniper Platoon is composed of 8–10 Scout Sniper teams, some of which are specially suited for night operations and fully capable of operating in almost complete darkness through use of night vision scopes and infrared laser equipment.
Typically, each Scout Sniper team has two members. One sniper is equipped with a long-range, specially-made sniper rifle, such as the M40; he is also frequently issued an M9 9mm pistol. The spotter is typically armed with an M4 carbine and uses a high-power spotting scope to spot targets and follow-up shots for the shooter.
The shooter/spotter relationship is not always set; some platoons establish designated shooters, while others have team members switch off. Within a platoon, there are four Special Application Scoped Rifles (SASR), chambered in the .50 caliber, such as the M82, or M107.
These can be issued to a team as needed to give supported commanders the option of taking out heavy equipment or heavily armored targets. Scout Sniper teams train to engage man-sized targets with the M40 out to 1000 yards, and can be effective at a range of up to 1.25 miles (2.01 km) with the M82, if the environment is right.
Facebook Twitter