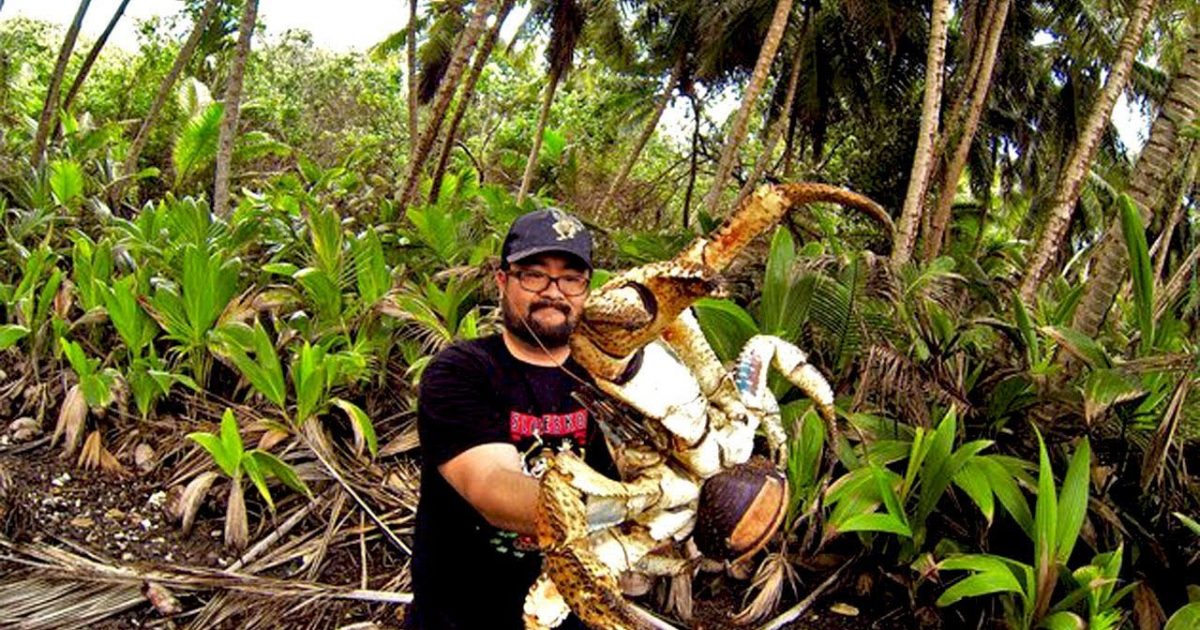 So, there you are, walking along a beautiful beach in paradise and suddenly you look at the ground in front of you and there it is, something right out of a 1950’s black and white science fiction film. At first you can’t believe what you’re seeing and then reality hits you and you realize it’s no joke and this thing is alive!

What is it, it’s a giant coconut crab, and the thing is HUGE.
Coconut crabs (Birgus latro), also known as robber crabs, are an imposing sight. They can weigh up to 4 kilograms (8.8 pounds), as much as a house cat, and sport legs that span almost a meter (3 feet). This makes them the largest invertebrates – animals without backbones – on land
The crabs live on coral atolls in the tropical Indian and Pacific oceans. They are renowned for their tree-climbing abilities and taste for coconuts, which they crack open with their powerful claws.
They do sometimes eat meat, but until now it was thought that they only obtained it by opportunistic scavenging. Although they are native to islands throughout the Pacific and Indian oceans, coconut crabs (or “robber crabs” because they scamper off with your stuff) are seldom found in the continental United States and are considered an invasive species in Hawaii.

If you want to more about these monster crabs, simply click HERE.