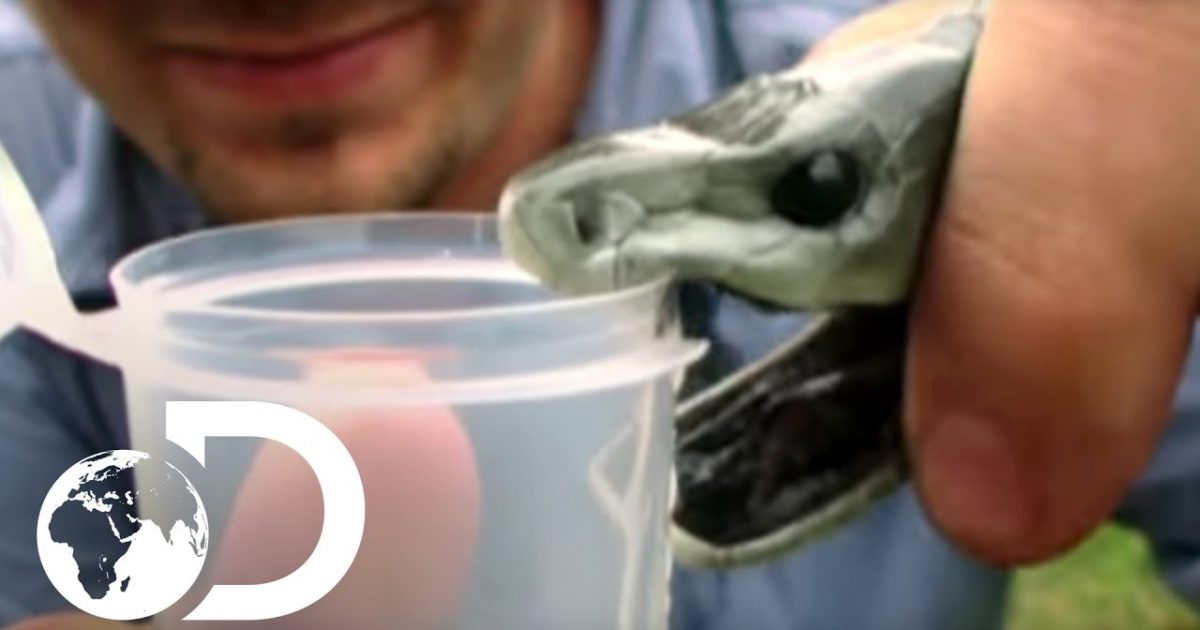 Facebook Twitter
I understand that the young man in the video was trying to do something good for his fellow man, but in my opinion, it’s a bloody miracle he didn’t get bitten by the black mamba.
Understandably so, there is only one way to “milk” a snake for it’s venom, but pissing-off the animal makes it a hell of alot more dangerous…don’t you think?
The black mamba has quite a reputation. It is one of the world’s deadliest snakes. It is the fastest land snake in the world, and the longest species of venomous snake in Africa and the second longest in the world.
The black mamba’s reputation is not undeserved. Black mambas are extremely toxic and very fast snakes. They are highly aggressive when threatened and are known to strike repeatedly and inject a large volume of venom with each strike.
Their venom is potentially lethal, and though antivenin exists, it is not widely available in the black mamba’s native habitat of southern and eastern Africa. For this reason, they are considered a top killer in a land where nearly 20,000 people die from snake bites every year.
Just two drops of potent black mamba venom can kill a human,Like cobras and coral snakes, the venom of a black mamba contains neurotoxins. The venom is fast-acting and it shuts down the nervous system and paralyzes victims and without antivenom, the fatality rate from a black mamba bite is 100 percent.
That is why one has to exercise extreme caution when catching and “milking” this deadly snake.
Facebook Twitter