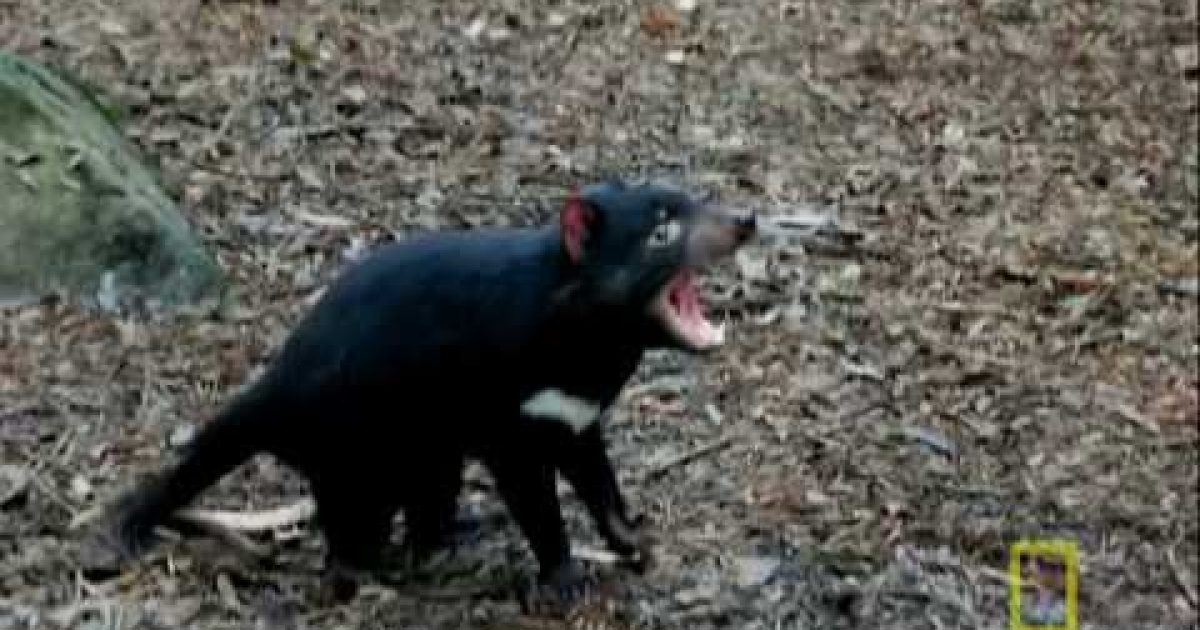 Have you ever wondered just how the Tasmanian Devil got his name? Tasmanian devils are small marsupials with ratlike features, sharp teeth and coarse black or brown fur. Diminutive as it may be, don’t be fooled: This creature has a fighting style that is quite intimidating. 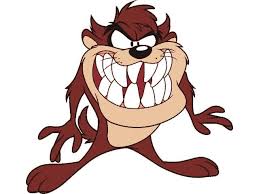 As comical as it is, the familiar Looney Tunes portrayal of a Tasmanian devil as a seething, snarling, insatiable lunatic is, at times, not all that far from the truth.Tasmanian devils have a notoriously cantankerous disposition and will fly into a maniacal rage when threatened by a predator, fighting for a mate, or defending a meal.

Early European settlers dubbed it a “devil” after witnessing such displays, which include teeth-baring, lunging, and an array of spine-chilling guttural growls. When the devil feels threatened, it goes into a rage in which it growls, lunges and bares its teeth. It also makes otherworldly screams that can seem very devil-like. It may be due to this temper that the Tasmanian devil is a solitary creature. 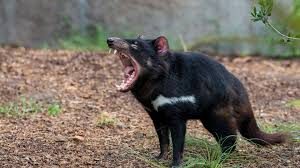 These famously feisty mammals have a coat of coarse brown or black fur and a stocky profile that gives them the appearance of a baby bear. Most have a white stripe or patch on their chest and light spots on their sides or rear end. They have long front legs and shorter rear legs, giving them a lumbering, piglike gait.

The Tasmanian devil is the world’s largest carnivorous marsupial, reaching 30 inches in length and weighing up to 26 pounds, although its size will vary widely depending on its specific range and the availability of food. Its oversize head houses sharp teeth and strong, muscular jaws that can deliver, pound for pound, one of the most powerful bites of any mammal.