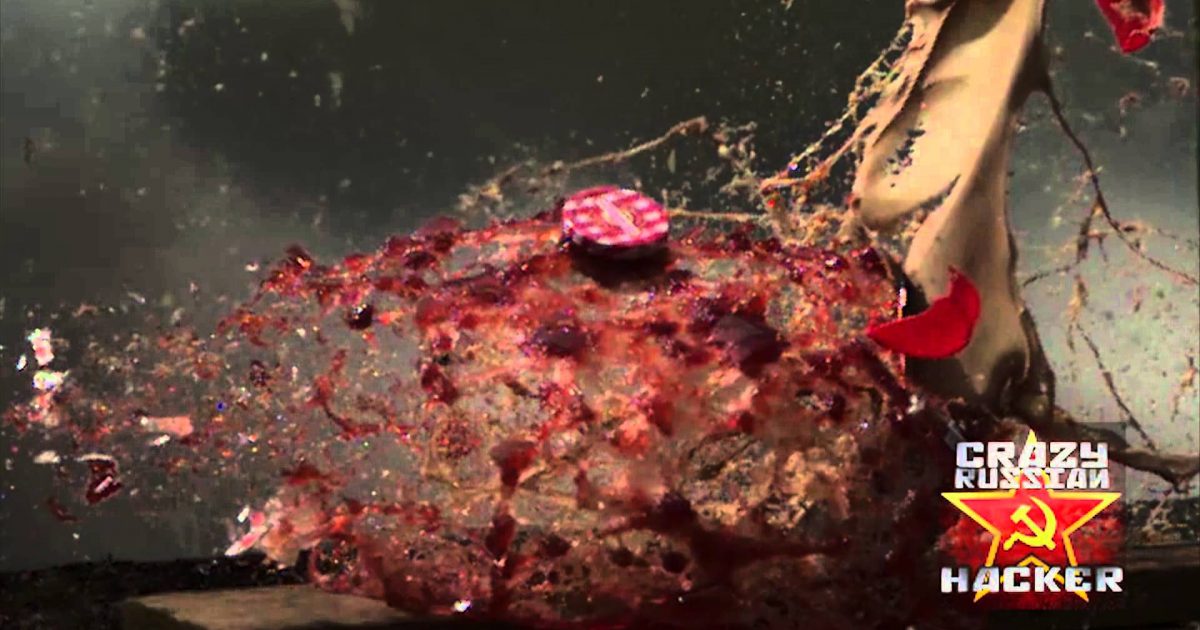 Truth be told, I was a slightly dubious when I first clicked on the video below, but once it started, I just couldn’t leave my seat!! This has to be one of the best slow-motion bullet impact videos I’ve seen in quite a while, hell’s bells, even the soundtrack was cool. But before you scroll down and watch the video, let me give you some background on the history of slow motion photography.

Slow motion (commonly abbreviated as slo-mo or slow-mo) is an effect in film-making whereby time appears to be slowed down. It was invented by the Austrian priest August Musger in the early 20th century.
Typically this style is achieved when each film frame is captured at a rate much faster than it will be played back. When replayed at normal speed, time appears to be moving more slowly. A term for creating slow motion film is overcranking which refers to hand cranking an early camera at a faster rate than normal (i.e. faster than 24 frames per second).
Slow motion can also be achieved by playing normally recorded footage at a slower speed. This technique is more often applied to video subjected to instant replay than to film. A third technique that is becoming common using current computer software post-processing (with programs like Twixtor) is to fabricate digitally interpolated frames to smoothly transition between the frames that were actually shot.
Motion can be slowed further by combining techniques, interpolating between overcranked frames. The traditional method for achieving super-slow motion is through high-speed photography, a more sophisticated technique that uses specialized equipment to record fast phenomena, usually for scientific applications..
Parler Facebook Twitter