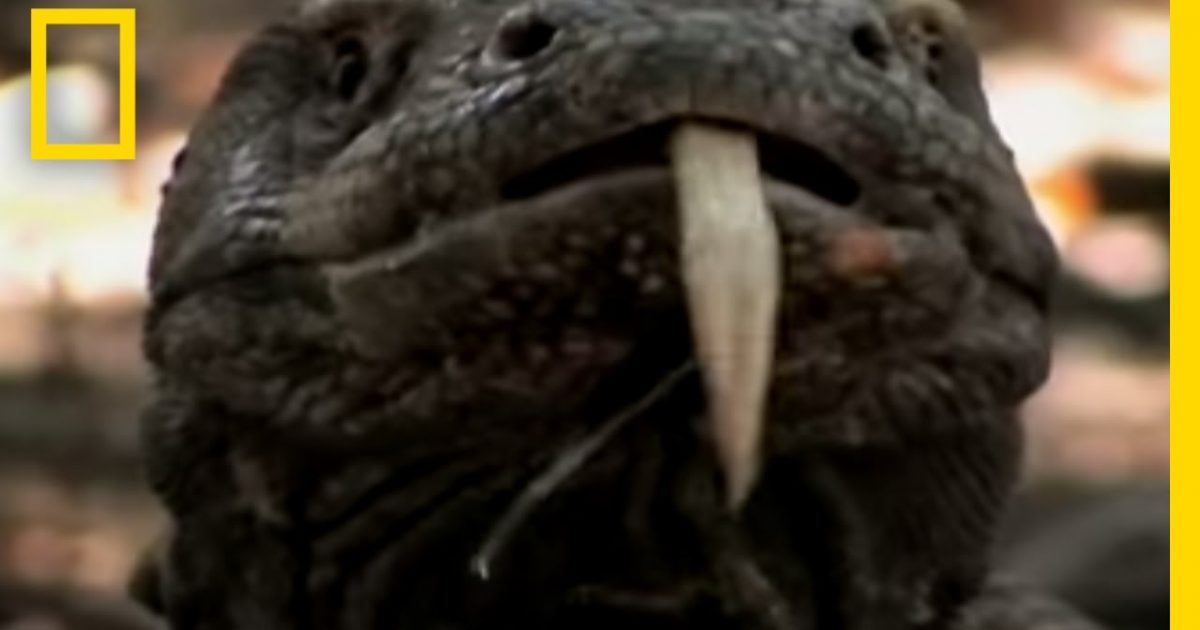 Facebook Twitter
Komodo dragons are the largest living lizards in the world. They are identified by their massive size, flat heads, bowed legs and long, thick tails. The name comes from rumors that a dragon-like creature lived on the Indonesian island of Komodo. Western scientists hadn’t seen a Komodo dragon until 1912.
Far from harbouring toxic bacteria in their mouths as long believed, Komodo dragons produce venom from complex glands in their lower jaws, according to a team led by Bryan Fry of the University of Melbourne, Australia.
The study also suggests that the largest venomous creature to have ever existed was a 5.5-meter-long ancestor of the Komodo – the now extinct Megalania lizard.
The finding was confirmed when the team surgically removed the glands from a terminally ill Komodo at Singapore Zoo. Genetic and chemical analysis revealed a large array of venomous substances – including those that prevent blood clotting and widen blood vessels. These would cause blood pressure to plummet, potentially inducing shock, if injected into a mammal.
The team’s computer modelling of the Komodo bite suggests a relatively weak bite – a maximum bite force of 39 newtons, compared to 252 N for an Australian saltwater crocodile of the same size – but the powerful neck and razor-sharp teeth are ideal for a slashing attack.
“They slash and pull back, but it’s the venom that nails it. It lowers blood pressure, and stops blood clotting. Prey goes into shock and can’t even struggle,” says Fry. The venom could lead to the development of novel pharmaceuticals, he adds.
Facebook Twitter