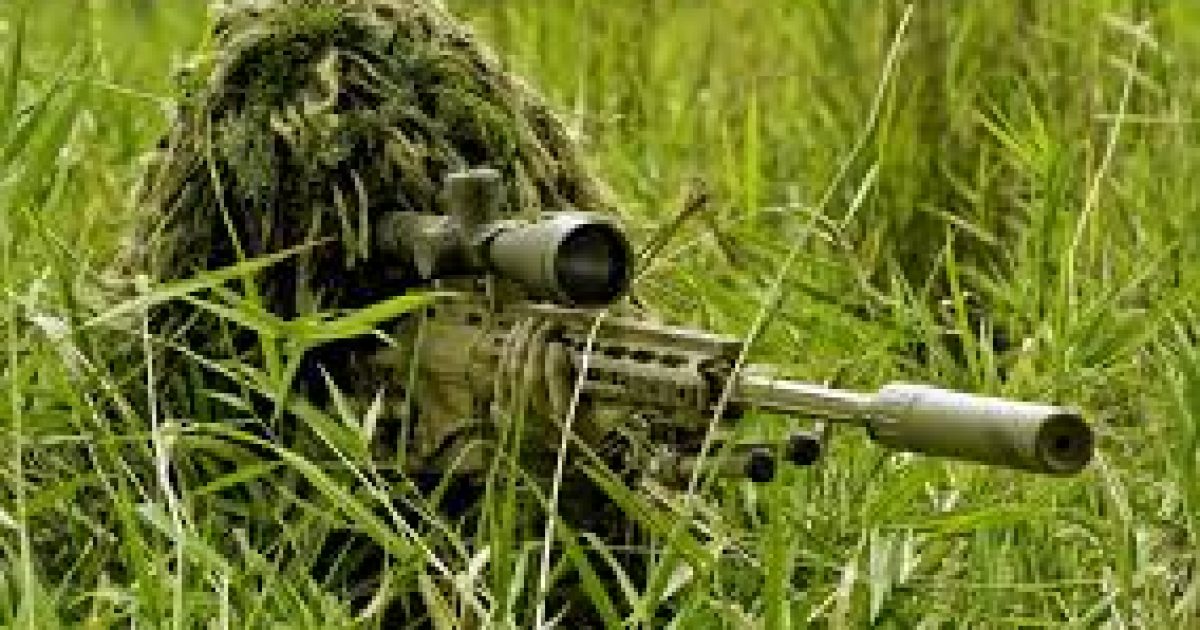 A sniper is a military/paramilitary marksman who operates to maintain effective visual contact with the enemy and engage targets from concealed positions, or at distances exceeding their detection capabilities. Snipers generally have specialized training and are equipped with high-precision rifles and high-magnification optics, and often feed information back to their units or command headquarters.

When the mission calls for it, snipers can also dismantle and dishearten the enemy with a few well-placed rifle shots. Instead of engaging the entire enemy force like traditional infantry, snipers concentrate their efforts on hunting key people — officers, pilots, armor drivers, technicians, and communications operators. With deadly shots that kill without warning, military snipers break both the enemy’s will and ability to fight.

Snipers are also utilized in support roles. These support roles can be an over-watch position or a blocking action. When a sniper is in an over-watch position, he sets himself up in a concealed place that gives him a clear view of the battlefield. There he can support the assault force by taking out enemy forces that are endangering the advancing platoon. In a blocking action, snipers set up to help secure a position that is controlled by their platoon. They may set up on a roof and help ground forces defend their position.

Snipers don’t just shoot people. They are often ordered to destroy material targets. A sniper may shoot generators, radios, transmitters, or fuel and water supplies. Putting a .50 caliber round in the engine block of a helicopter, or transport is just as effective as putting one in the man who drives them