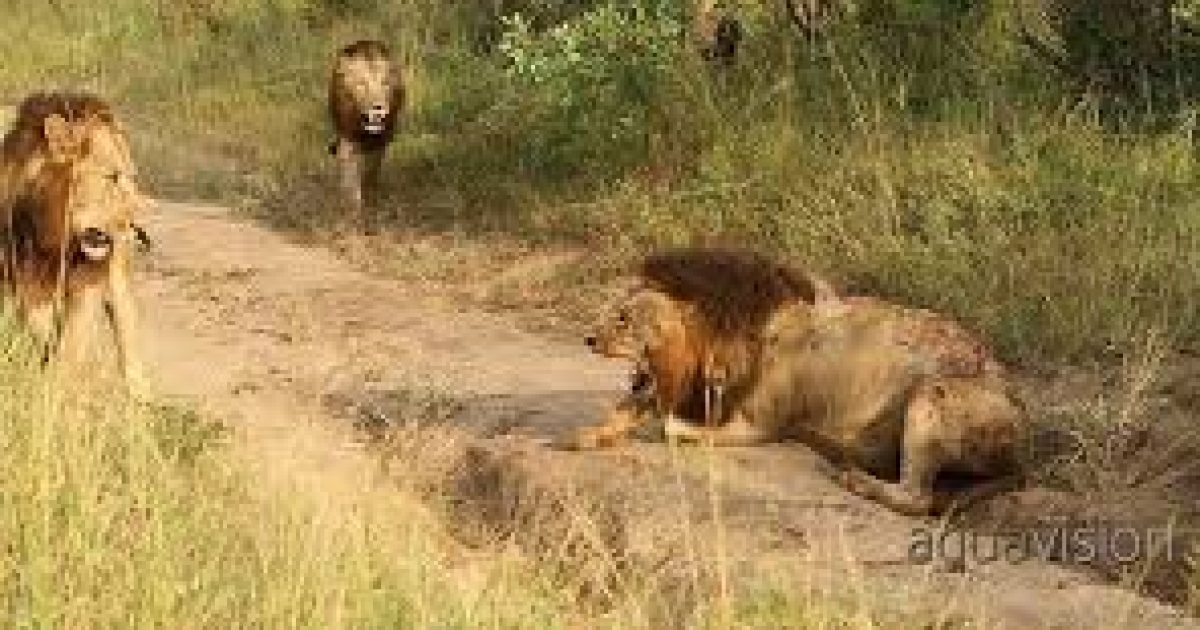 In case you didn’t know, male lions often form ‘coalitions’, or groups, to carve-out new territories occupied by other male lions. These coalitions can be anywhere from 2 and up to 4 lions and in rare cases, even 5. The story of the Mapogos lions is one of the rare large coalitions numbering 6 members.

The term ‘legend’ is a word that is thrown around all too often in this day and age, but the term surmises the reign of the Mapogo lions in the Sabi Sands to perfection.  For several years, this notorious band of brothers has ruled the area with an iron paw.  They are true warriors and have proved themselves time after time on the field of battle.  During their prime, 6 of these magnificent specimens patrolled their territory, dispatching all competitors and striking fear into the hearts of all that found themselves in their way.

As the story goes,  the Mapogo have been responsible for killing in excess of 40 males, females and cubs as they stamped their authority on their domain. Whole prides have been wiped out in their relentless march for dominance and challengers have been eaten in an act of defiance: a fate almost unheard of in the species of Panthera leo.

The former warden of the Sabi Sands has been cited saying that he believes them accountable for over 100 lion fatalities although the true number will probably never be known.  Never before has the lion population known such a force and it is stories like this that have elevated their exploits to legendary status.

The video below depicts the death of “Mr. T”. If you would like to read the whole story of the Mapogo lions…then click HERE.