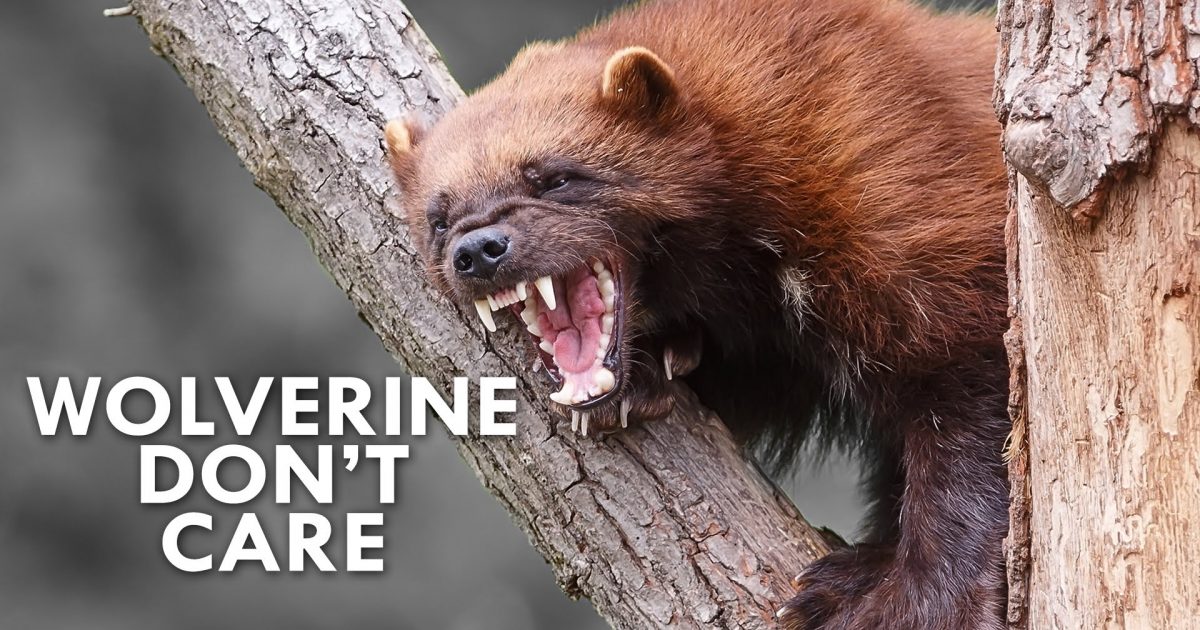 If there is one animal living in the western part of North America you don’t want to piss-off…it’s the Wolverine. No, I’m not talking about the Marvel comics character with his shiny adamantium claws, I’m talking about the real 4-legged wolverine. Called “skunk bear” by the Blackfeet Indians, the wolverine (Gulo gulo) is the largest terrestrial member of the weasel family and currently roams the rugged and beautiful Rocky Mountains and North Cascades in the western U.S.

A larger cousin to otters, weasels and mink, the wolverine has a broad head, small eyes and short rounded ears with dark brown fur, and often has a lighter-colored face mask and stripe running down both sides of its body. Typically weighing less than 35 pounds, the wolverine is powerfully built and has short legs with wide feet for traveling across the snow.

These animals are a vital part of ecosystems in northern climes, and a great ambassador of the wild places they inhabit and the melting snow they require. Wolverines are also exceedingly rare, with scientists estimating that fewer than 300 wolverines may live in the lower 48 states, possibly fewer.

Wolverines do not hibernate and are well-adapted for winter existence, with extremely dense fur, large snowshoe-like paws that allow them to stay on top of deep snow, and crampon-like claws that enable them to climb up and over steep cliffs and snow-covered peaks.

Wolverines are highly effective scavengers, with their keen sense of smell, strong teeth that crunch up bones, and their legendary ability to travel year-round through extreme alpine environments and over extraordinary distances.

Wolverines have been documented traveling great distances, often going right over mountains instead of taking the easy way around. Individual wolverines may move more than 18 miles in one night. One male wolverine near Yellowstone traveled more than 500 miles in 42 days!