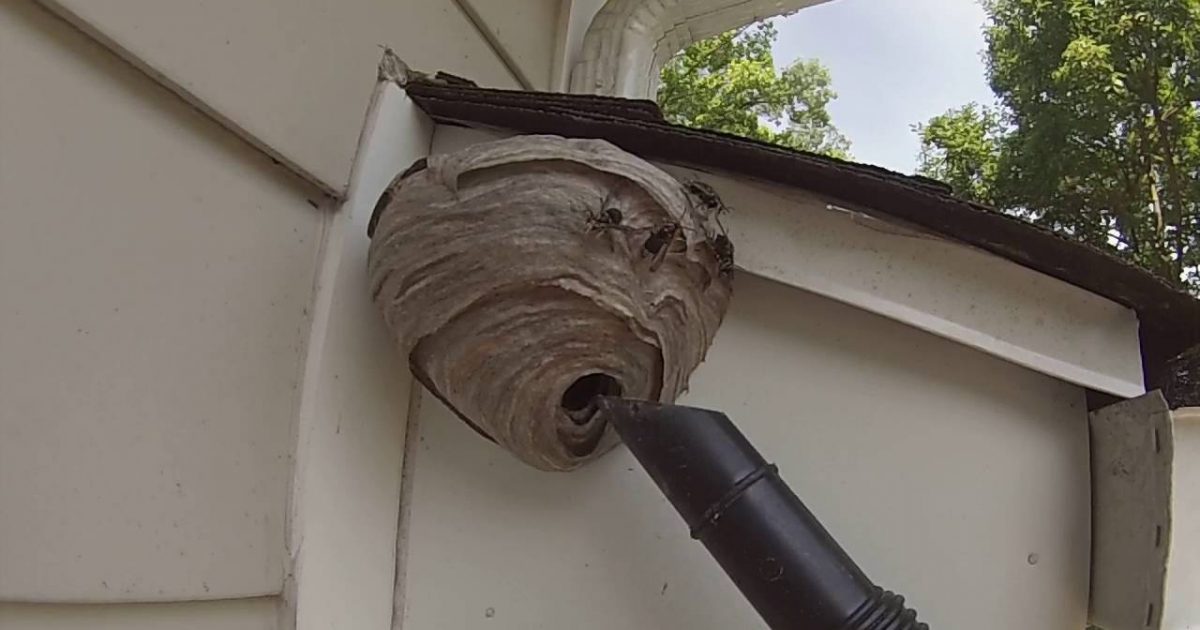 Would you take on a job like this ? We all know just how nasty hornets can be,especially when defending a nest, they can get right-down mean and will not think twice when they attack. The bald-faced hornet is a relative of the yellow-jacket and gets its common name from its largely black color and mostly white face. This stinging insect is named a hornet because of its large size and aerial nest.

Bald-faced hornets greatly resemble their yellowjacket relatives, with black bodies and a predominantly white-patterned face. They also have two slanted lines running from their midsection towards their head and on the latter part of their abdomen. Like yellowjackets and paper wasps, the surface of their upper-midsection almost looks triangular from the side.

Queen bald-faced hornets are larger in size than their adult-worker counterparts. Their aerial nests are grey and paper-like, but they are enclosed unlike the open cone structure of other stinging insects, like yellow-jackets and paper wasps.

Avoiding contact with these insects is key to prevent getting stung. Homeowners should seal up any tiny openings like cracks where bald-faced hornets would be able to enter when seeking shelter. Keeping food covered, especially when outdoors, will also help keep these insects at bay.

When spending time outside, people should avoid wearing strong fragrances and opt for unscented hygienic products. Likewise, they should wear shoes that cover and protect their feet from rogue hornets.