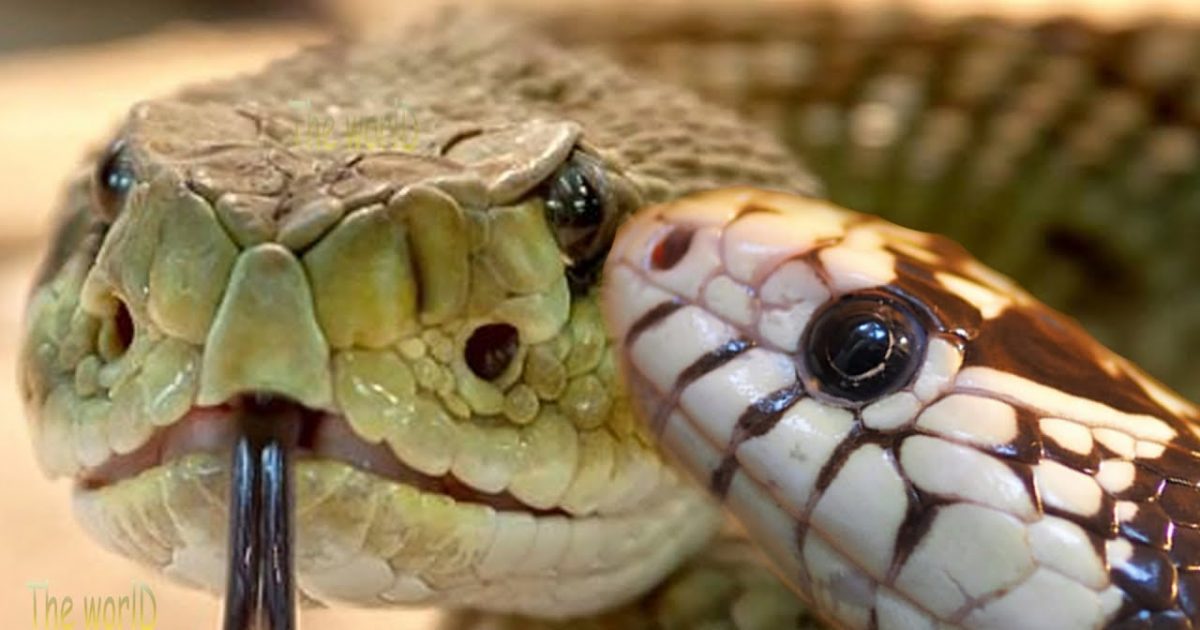 For those of you who are not familiar with these two combatants, the kingsnake is not venomous, it kills by asphyxiation. The rattlesnake however, is venomous and it’s venom usually eliminates any opponent.

But what about rattlesnakes ? The word alone fills most people with fear and anxiety, because they have no experience in dealing with snakes. Yet we should learn to appreciate the rattlesnake as one of the most efficient and specialized predators on Earth. Many rattlesnakes struggle to survive as humans move in on their habitat.

But what about a contest between the two, who would come-out the winner? One would think (for obvious reasons) it would be the venomous rattlesnake. But, truth be told, kingsnakes eat rattlesnakes, hence their name. Apparently kingsnakes are either immune to, or tolerant of rattlesnake venom. Kingsnakes also eat other snakes, lizards, amphibians, birds and bird eggs, and rodents.

Rattlesnakes can identify kingsnakes by smell. Rattlesnakes usually retreat in presence of a kingsnake and hold their head and tail close to the ground while arching their back and attempt to hit the kingsnake. Watch, as you will see in the video below, just who will come-out on top.