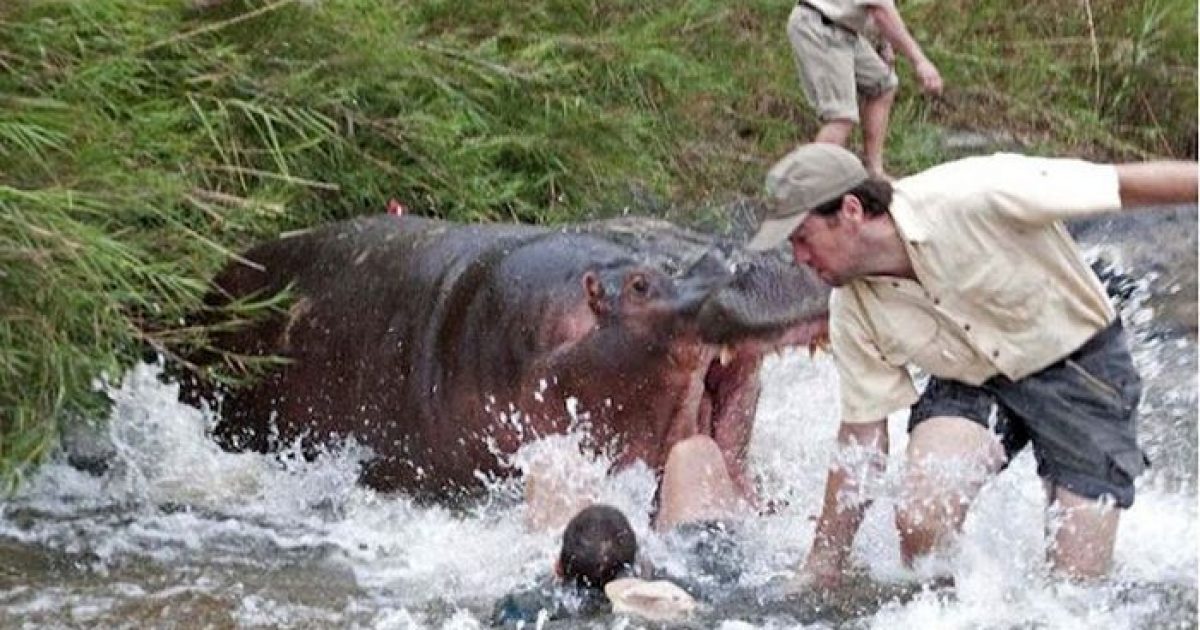 Facebook Twitter
The continent is filled with animals that are deadly to human beings, like lions, crocodiles, leopards, cape buffalo, rhinos and many many more. But what animal are the most human fatalities attributed to in Africa…the hippopotamus. Although they are mostly herbivorous, they are highly aggressive and are regarded as one of the most dangerous animals in Africa. They have been known to attack without provocation, even to the point of destroying entire vehicles. Around 2,900 people are killed every year by hippos.
Hippopotamuses are very aggressive animals; in fact, they are considered one of the most aggressive animals in the world. In Africa, there have been cases of hippos attacking boats, or people that they find in the water. The reason why is simple – hippos view humans as a threat to their environment, and in many cases this is true.
You need to remember that hippopotamuses are very territorial animals in the water. As such, if a human tries to stray onto their territory they will get to see the aggressive side of this large mammal. This can also happen when females protect their young, instinctively becoming aggressive if they feel threatened by a human.
If there is one thing you DO NOT want to do, it’s get in the water when hippos are around, once you do that, you become a threat and this massive animal will deal with that threat in the only way it knows how to to…it will KILL YOU. Watch what happens when the film crew in the video below spots a hippos under water, somehow the word “terrifying” just doesn’t seem to describe this encounter adequately enough.
Facebook Twitter