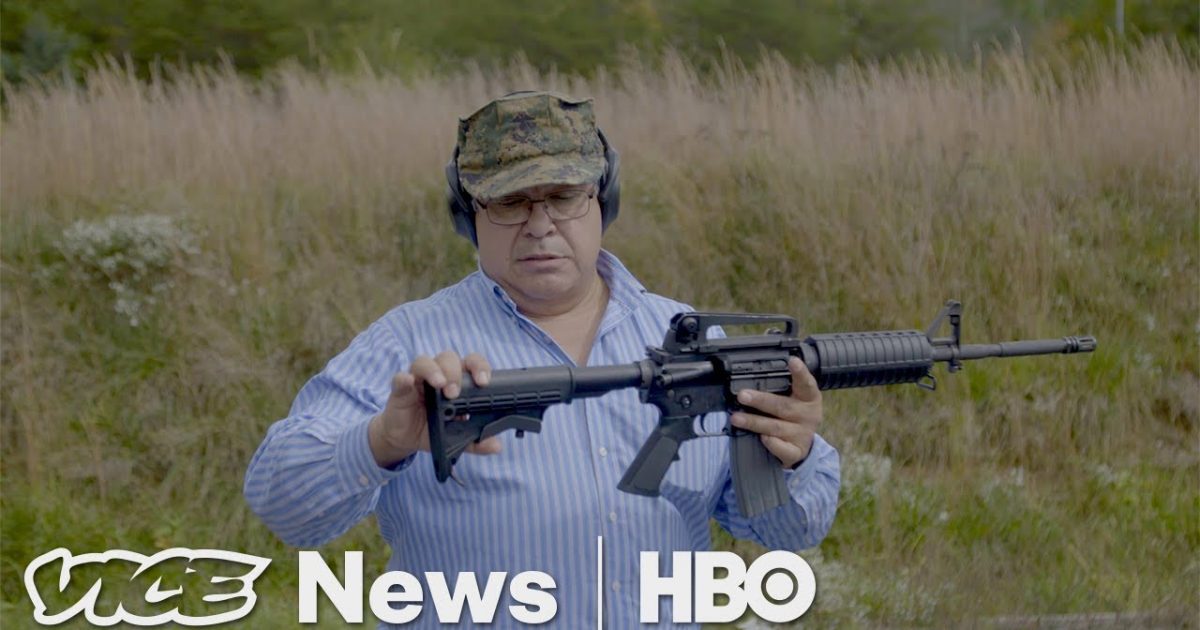 Parler Facebook Twitter
In 2010, Rick Vasquez, was a senior analyst in the Firearms Technology Branch of the Bureau of Alcohol, Tobacco, and Firearms, when his office reviewed a device sent in by a company called “Slide Fire”.
The device, which is known as a bump stock, helps the body of a semi-automatic rifle slide back and forth during firing, replicating the effect of a machine gun — a consecutive and rapid spray of bullets. New machine guns have been banned for public sale since the 1980s, but Vasquez’s team determined that the bump stock — a device that can cost as little a $100 — was perfectly legal.
Now, in the aftermath of the Las Vegas shooting, in which Stephen Paddock reportedly used bump stocks to help kill 58 people at a music festival, lawmakers from both parties have moved to ban the bump stock device, and even the NRA has hinted it wouldn’t object.
But Vasquez tells VICE News in an interview that may not have as much of an impact as many people think. And, he said, despite the popular outcry, he has no regrets about the ruling his team made. “We made a technical and statutory decision that was correct,” he said.
*Note: The Company (Slide Fire) Mentioned above has placed this notification on their website: “We have ceased taking orders for our products and shut down our website.Orders placed prior to May 20th, 2018 will all be processed and shipped.”
Parler Facebook Twitter