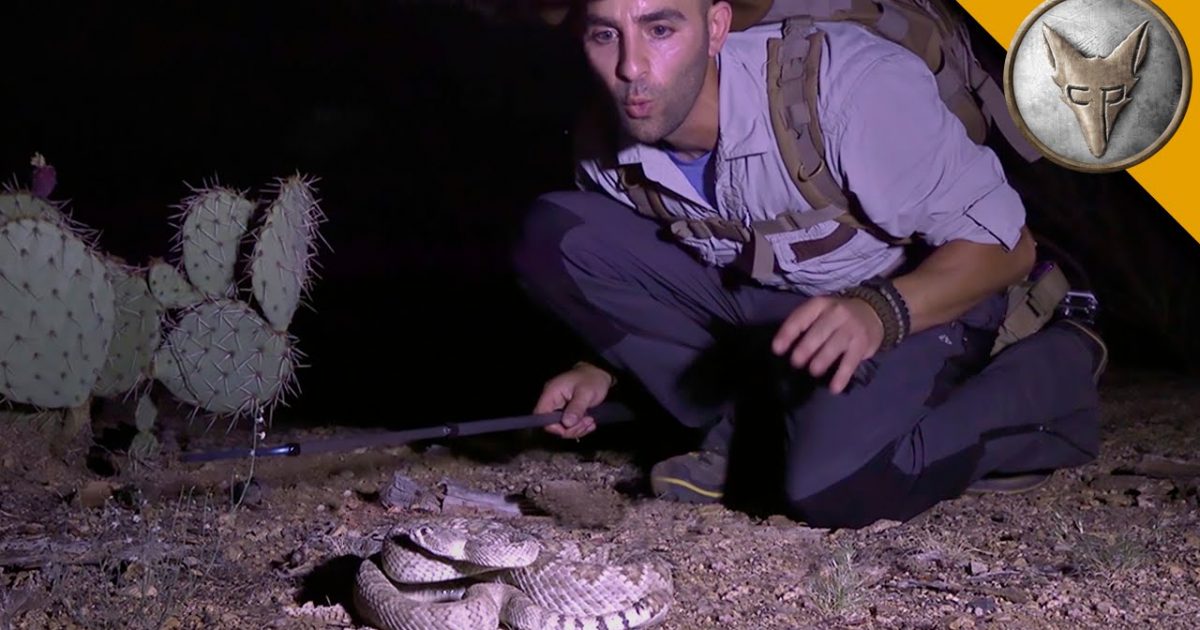 Facebook Twitter
On this episode of Breaking Trail, Coyote encounters the world’s most venomous rattlesnake, the Mojave. While often confused with the Western Diamondback Rattlesnake, this slithering assassin’s venom is almost 10 times as toxic!
The Mojave rattlesnake is one of the world’s most venomous snakes. The most common subspecies of Mojave rattlesnake (type A) has a neurotoxic venom that is considered to be the most debilitating and potentially deadly of all rattlesnakes, and even matching several elapids. However, chances for survival are very good if medical attention is sought as soon as possible after a bite.
In people bitten by Mojave rattlesnakes (those outside the relatively small Venom B area in south-central Arizona), the onset of serious signs and symptoms can be delayed, sometimes leading to an initial underestimation of the severity of the bite.
Significant envenomations (as with all snakebites, the quantity of venom injected is highly variable and unpredictable) can produce vision abnormalities and difficulty swallowing and speaking. In severe cases, skeletal muscle weakness can lead to difficulty breathing and even respiratory failure.Contrary to popular belief, fatalities are uncommon.
This is largely due to the wide availability of antivenom, although estimates for mortality in the early 1900’s ranged from 5-25% for all snake bites in the United States. It is wise to avoid this snake if you happen to come upon one if you are out in the desert, depending on your location, a bite from one can put your life in serious danger.
Facebook Twitter