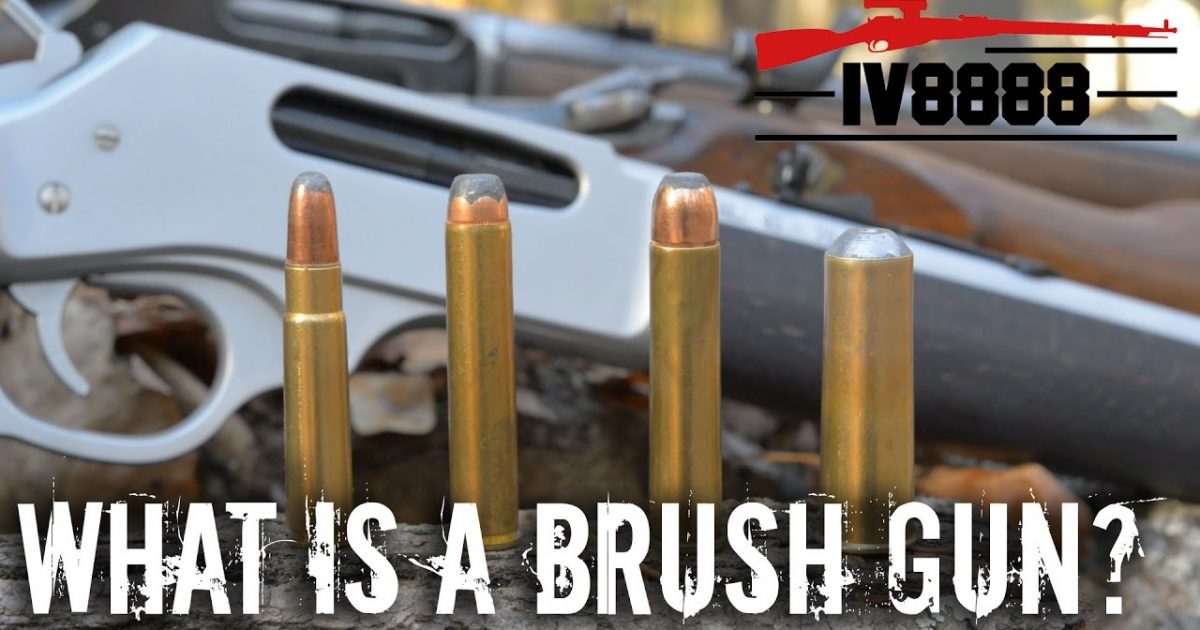 The term “Brush gun” is an informal umbrella term used to refer to any large-caliber, lever-action hunting carbine. The name refers to the fact that these carbines are designed to be handled easily in brush, or in any tight spaces where a long-barreled rifle would be unwieldy or impractical. Brush guns are chambered for large cartridges powerful enough to take down big game at close to medium range.

While the heavy caliber and shortened barrel are incompatible with long-range accuracy, they bring significant improvements to the weapon’s speed of handling, damage per round and rate of fire. Thus, brush guns are similar to regular long barreled hunting rifles, but they sacrifice long range accuracy for a major increase in speed of target acquisition, ease of handling and rate of follow-up shots.

Supposedly brush guns are ideal hunting rifles as they can cut through brush with ease. … The concept of a “brush gun” is by no means anything new. The theory is that a larger caliber, such as a .45-70 govt, will deviate a lot less than a smaller bullet, such as an intermediate caliber like a .223 round.

In this video below, the question of “what is a brush gun?” is asked. An attempt is made using several different calibers to shed a little light on the subject, so, enjoy the video.