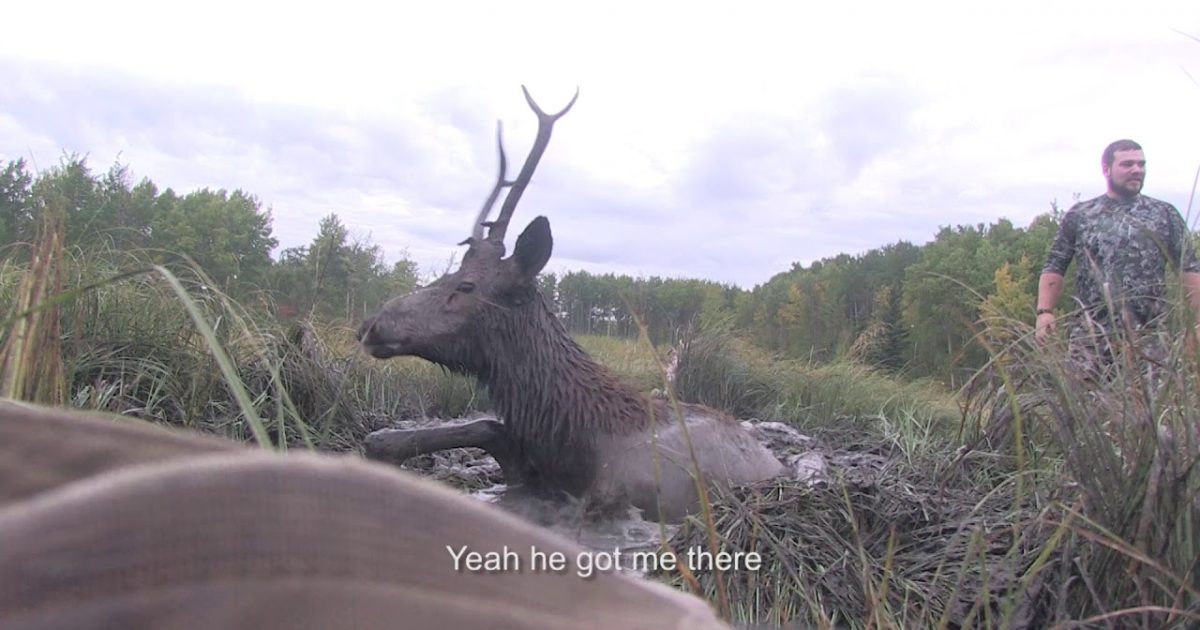 This dramatic incident seen in the video below, just goes to show, that hunters aren’t just interested in killing every wild animal that they come into contact with. Something that so-called ‘liberals’ don’t get, is that hunting isn’t necessarily about killing, it’s about conservation. For every animal that hunters kill during the different hunting seasons, several will survive and go on to lead full lives.

Whether it’s elk, or deer, hunting thins-out the herds of these animal so the populations doesn’t get too big, which allows for the surviving animals to have enough food to get through the cold winter months.

I applaud the two men in this video, not only were they very brave, but it shows the rest of the world that American hunters aren’t just a bunch of beer-guzzling rednecks out to kill anything that crosses their path. ‘Real’ hunters (like the two men in the video), are true conversationalists.

*In case you didn’t know:

Elk are also called wapiti, a Native American word that means “light-colored deer.” Elk are related to deer but are much larger than most of their relatives. A bull (male) elk’s antlers may reach 4 feet above its head, so that the animal towers 9 feet tall. Bull elk lose their antlers each March, but they begin to grow them back in May in preparation for the late-summer breeding season.

In early summer, elk migrate to high mountain grazing grounds where the cows (females) will give birth. Each cow typically has a single calf, which can stand by the time it is 20 minutes old.

Elk were once found across much of North America but they were killed off and driven to take refuge in more remote locations. Today they live primarily in western North America, especially in mountainous landscapes such as Wyoming’s National Elk Refuge and Yellowstone National Park. Some eastern U.S. states have reintroduced small elk herds into heavily wooded wilderness areas.