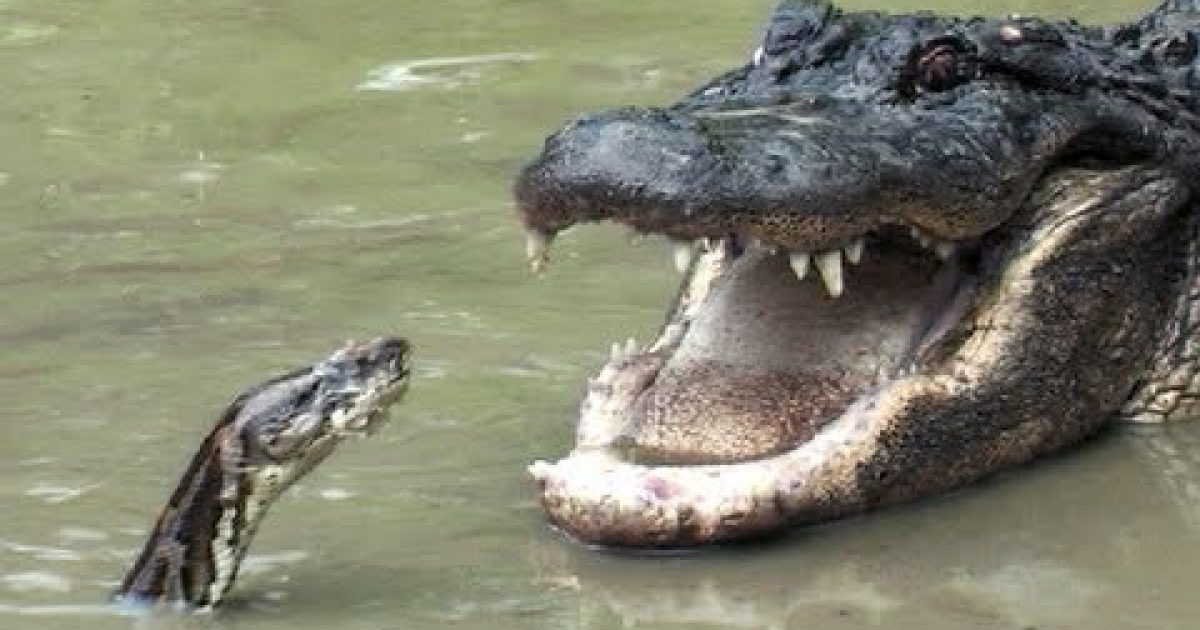 Facebook Twitter
Alligators are ambush predators and drowning is their preferred method of killing prey. Like all crocodilians, they can wait hours before ambushing their prey. If the alligator doesn’t succeed in breaking its prey’s neck, which is easily done with raccoons, opossums and birds in general. But large pythons are difficult to kill even for a fully grown alligator. Therefore the python needs to be drowned.
But the Everglades’ water level is extremely low during dry season. The alligator needs to find deeper waters in order to kill the snake. After dragging the burmese python through the swamp for hours, the snake becomes so agitated that it bites at anything in reach.
The python’s carcass was found a few days later. The alligator might have stashed it in an underwater burrow but the decomposing gasses pushed it to the surface. The alligator kept closely watching over its prey, but the floating carcass might attract other predators, including larger alligators. It is not fully understood if the chewing on the dead python is a conscious act, or just a instinct. Yet it’s clear that the alligator tries to get the floating carcass under the water.
The python’s skin is though to say the least and even the alligator’s constant biting doesn’t seem do much damage to it. With the low water level, the carcass remains visible and an open invitation for other predators to join the feast. This clearly seems to agitate the alligator and repeatedly it tries submerging the bloated python, but to no avail. The alligator will try to find a secure location, hiding for a few more days until progressed decomposition will have the python’s body broken down and ready for the alligator to devour.
American Alligators are opportunistic feeders and have been know to prey on the invasive Burmese Python in South Florida. Regardless, killing an adult python is not an easy task, even for one of Florida’s top predators.
Facebook Twitter