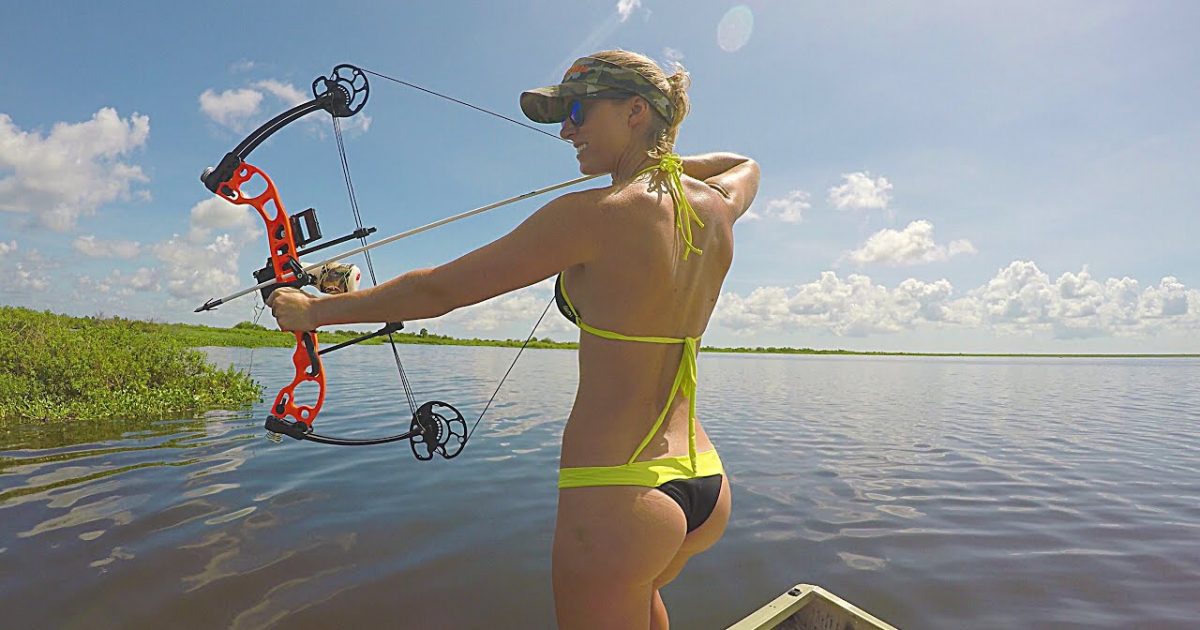 Now before anyone starts in by saying this video is just about “T & A”, nothing could be further from the truth. The star of this video is a 33 year old woman named Vicky Stark and she is no slouch when it comes to fishing. She’s a Florida native and has become an internet sensation for her ability to catch large colorful fish while wearing increasingly skimpy bikinis.

Vicky has attracted a loyal following of more than 47,000 people on the internet. She has been fishing since she was a young girl, but only began posting photographs of her bikini-clad exploits about 24 months ago.

Florida has become one of the go-to states for bowfishing. Florida has hot summers and warm winters and also has an abundance of “non-game” fish for the taking. With an estimated 3 million acres of lakes, ponds and reservoirs plus another 12,000 miles of rivers, streams and canals, you will have no trouble having a great day for bowfishing.

In the video below, Vicky and her friends are going for Tilapia. Tilapia is the common name for nearly a hundred species of cichlid fish from the tilapiine cichlid tribe. Tilapia are mainly freshwater fish inhabiting shallow streams, ponds, rivers and lakes and less commonly found living in brackish water.

Historically, they have been of major importance in artisanal fishing in Africa, and they are of increasing importance in aquaculture and aquaponics. Tilapia can become a problematic invasive species in new warm-water habitats such as Australia, whether deliberately or accidentally introduced, but generally not in temperate climates due to their inability to survive in cold water.
Tilapia is the fourth most consumed fish in the United States dating back to 2002. The popularity of tilapia came about due to its low price, easy preparation, and its mild taste.
Facebook Twitter