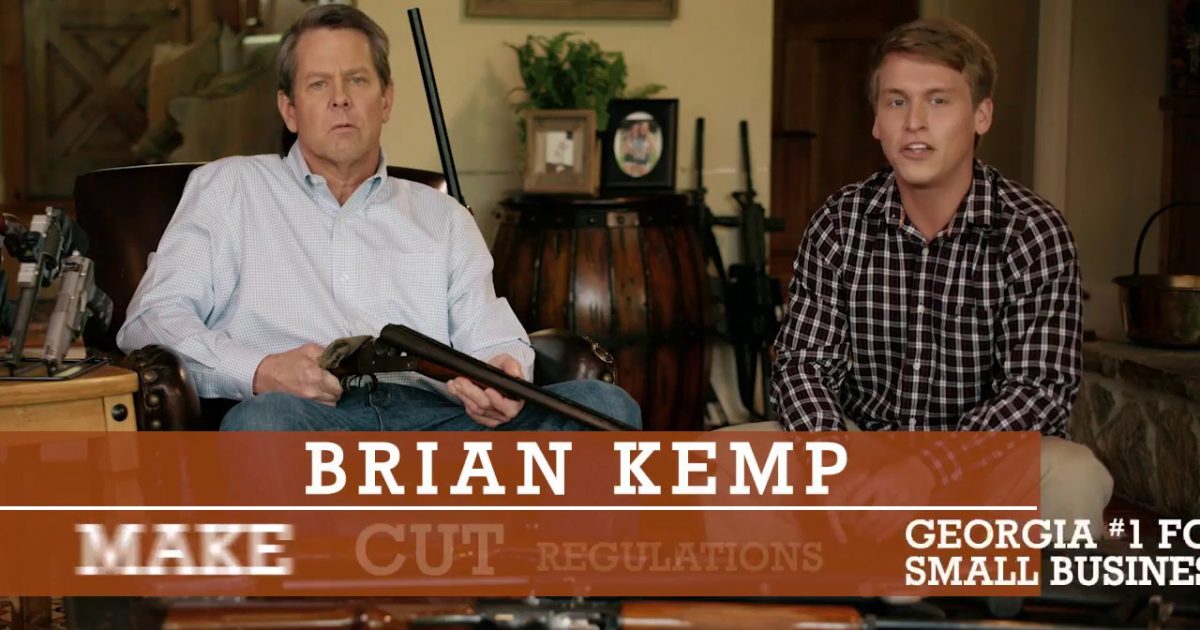 In this day and age where it seems that every single Democrat either currently in office, or running for office, is a certified “WHACK-JOB”, it makes you think that every single one of them belongs in a mental institution. All they talk about is impeaching President Trump and telling us how bad-off the country is and from where I’m sitting…I just don’t see it that way.

Unemployment is the lowest it’s been in decades, we get to keep more of our hard-earned money because of President Trump’s tax-cuts and more people are working right now because American businesses have a renewed faith in America and jobs that went overseas are coming back to American shores. And out allies and our enemies too, respect the living crap out of American again.

So, while the democrat party is busy telling their uneducated koolaid drinkers to go-out and commit random acts of violence against all republicans and conservatives, people like Georgia Gubernatorial Candidate, Brian Kemp, are sending a different kind of message to the voters.

In the world of modern politics, sometimes the truth is a stranger than fiction. That’s something that Georgia gubernatorial candidate Brian Kemp is banking on to make a run for the state’s highest office. Kemp received notoriety earlier this year for a series of campaign advertisements that played to his conservative traditionalism, including several ads in which Kemp explains his stances to “Jake”, a young suitor for his daughter.

Even though I live in the liberal/socialist occupied territory of the ‘left-coast’, if I did live in the state of Georgia…Kemp would have my vote !!