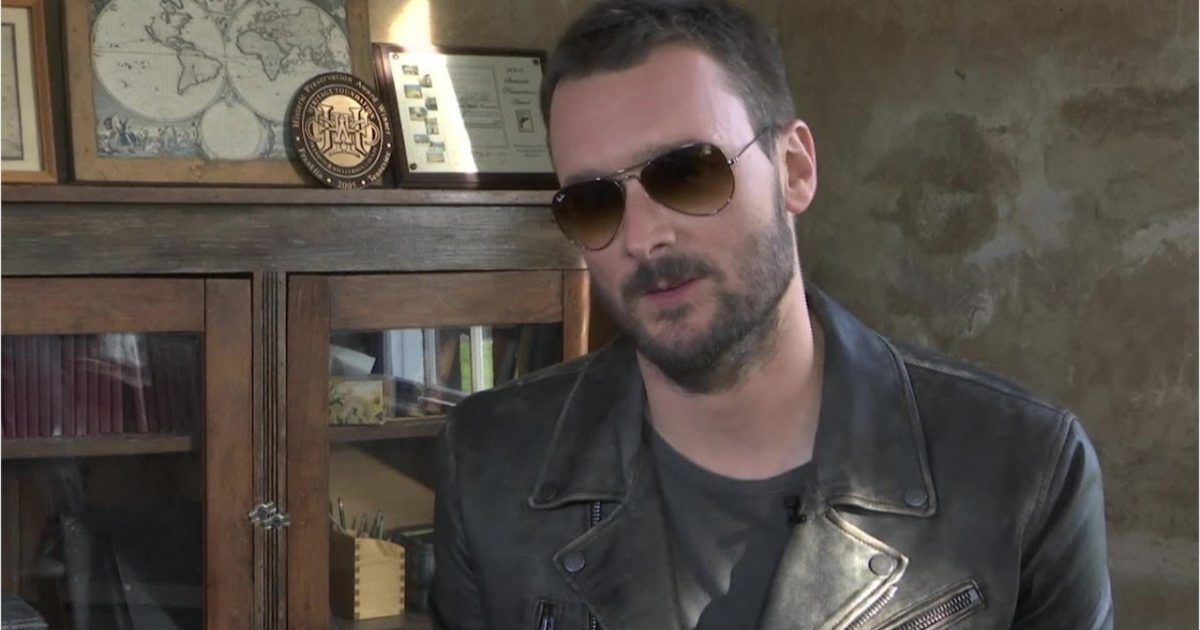 We all know what a tragedy the Las Vegas massacre was, a crazed gunman mowing down helpless people who just wanted to listen to country music. Since it’s occurrence, there have been many theories as to the “what” & “why” it happened, but one of the most idiotic opinions came from country music star Eric Church, when he laid the blame of this horrific tragedy at the feet of the NRA.

According to Fox News:

“Eric Church, who was one of the headlining acts at the Route 91 Festival in Las Vegas, said the NRA is to blame for the mass shooting that occurred in October 2017. Church, who said he considers himself a “Second Amendment guy,” blamed the NRA and gun lobbyists for being a “roadblock” to gun safety in a new interview.

“There are some things we can’t stop,” Church told Rolling Stone. “Like the disgruntled kid who takes his dad’s shotgun and walks into a high school. But we could have stopped the guy in Vegas.” But he added, “I blame the lobbyists. And the biggest in the gun world is the NRA.” The “Desperate Man” singer said the NRA has “been a bit of a roadblock.”

I literally don’t know where to begin to respond to such an idiotic statement like that. Blaming the NRA for a massacre is nothing new, every single time there is a mass shooting, the anti-gun nuts come out of the woodwork and almost every single one of them ALWAYS blames the NRA.

So in effect, Church (and those like him) are blaming not just the NRA, but every one of it’s law abiding members. Because according to people like Church, every NRA member is like a ticking time bomb just waiting to go off.

According to the Daily Wire:

Despite the Las Vegas shooter legally obtaining his firearms from gun stores after passing background checks, Church blames the NRA for the so-called “gun-show loophole”: “To me it’s cut-and-dried: The gun-show [loophole] would not exist if it weren’t for the NRA.”

Church goes on to disparage NRA members: “If I was an NRA member, I would think I had more of a problem than the solution,” he said. “I would question myself real hard about what I wanted to be in the next three, four, five years.”

“I don’t care,” he added, in regard to possible blowback he would get from fans. “Right’s right and wrong’s wrong. I don’t understand why we have to fear a group [like the NRA],” he said. “It’s asinine.”

Well, Church is right about one thing, there is going to be “blow back”, from his fans. Because if I were one of them, I’d toss his CD’s in the trash and when one of his songs came on the radio, I’d switch the station.

My personal message to Mr. Church is; get yourself properly educated about the NRA before you open your mouth, that way you won’t look like just another liberal idiot.