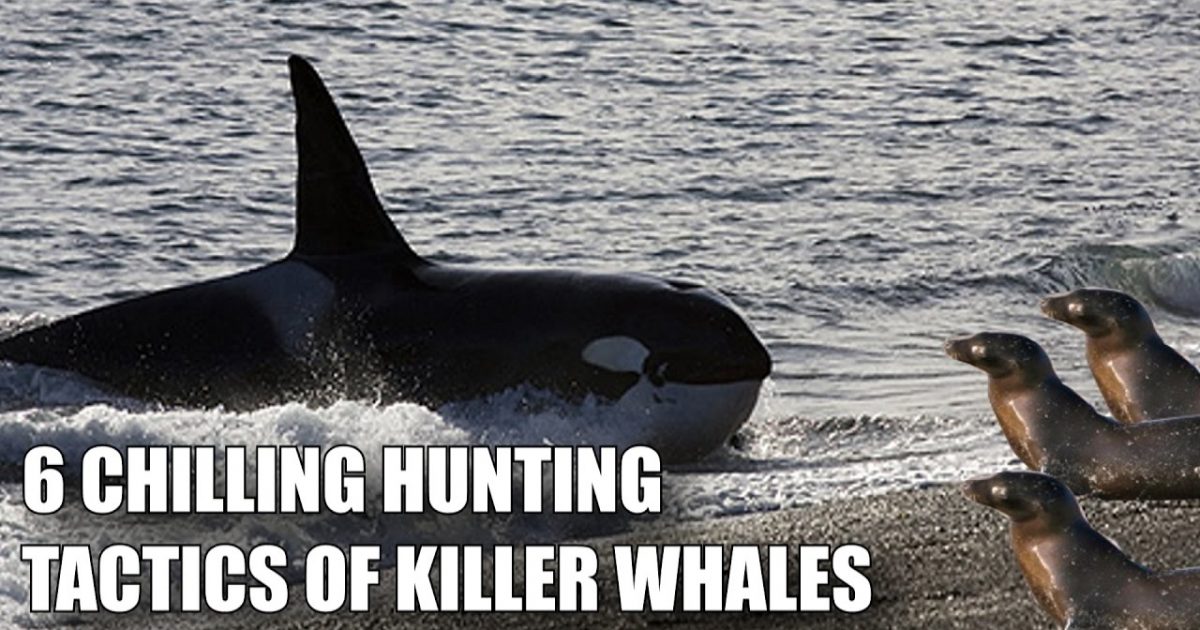 Facebook Twitter
Orcas are often called ‘killer whales’. Though they don’t typically attack humans, this name is still well-chosen due to the animal’s ability to take down large marine animals, such as sea lions and whales. In fact, orcas will prey on almost any animal they find in the sea, in the air over the water or along the coastline. To hunt, killer whales use their massive teeth, which can grow up to 4 inches long.
Orcas, are not actually whales at all – they’re dolphins. What isn’t misleading about their name is the killer part, because while they are beautiful and majestic creatures, they are also some of the smartest and most ferocious predators in the world. Orcas are apex predators, at the top of the food chain.
No other animals  (except for humans) hunt orcas. Killer whales feed on sea birds, squid, octopuses, sea turtles, sharks, rays and fish. They also eat most marine mammals, such as seals and dugongs. The only exceptions are river dolphins and manatees, according to the IUCN. Killer whales have also been reported to eat moose, according to Sea World.
Orcas use many different techniques to catch prey. Sometimes they beach themselves to catch seals on land, meaning they jump from the water onto land. Orcas will also work together to catch larger prey or groups of prey such as schools of fish. Killer whales also work together to take care of the young in a pod. Often, young females will help the mothers care for young orcas
As for the other creatures in the sea, let’s take a look at these 6 hunting tactics of killer whales and you’ll get a sense of why these are some of the most lethal hunters in the ocean.