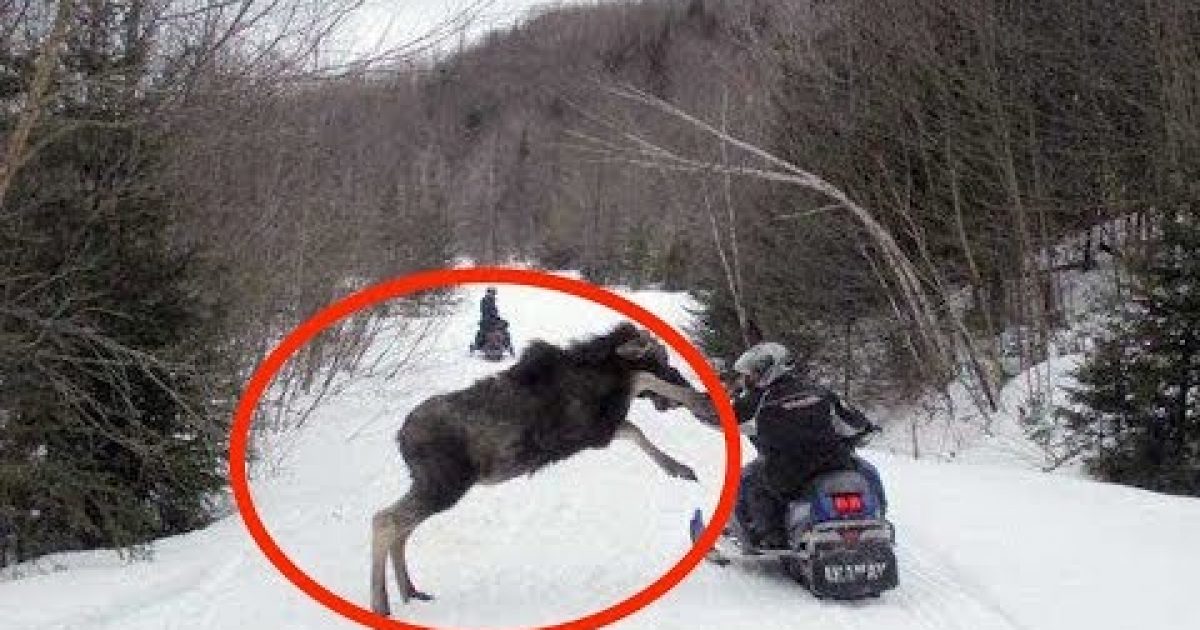 Facebook Twitter
Moose are the largest members of the deer family. The males of the species are called bulls & they’re easy to identify because of their giant antlers which can spread six feet from end to end. The antlers are deciduous, meaning they undergo a process of falling off & growing back each year. A bull will typically shed its antlers each winter, after mating season, which lasts from September to October. A pair of moose antlers can weigh up to 40 pounds.
While it’s true that moose typically aren’t aggressive towards people, if provoked, they can be deadly. Unlike deer (the moose’s close cousin), moose aren’t usually afraid of humans, so they won’t run away just because you’re there. Their lack of fear makes it more tempting to approach them—to pet them, feed them, play with them, etc, this is something you never, ever want to do.
Like most other animals, moose will defend their young and their territory if they feel threatened. And even though they look slow and bored, they can run up to 30 mph, so you’re not likely to outrun a moose. If a moose attacks, they can use their hoofs and full body weight (they weigh up to 1200 pounds!) to knock you to the ground and trample you to death.
According to the Alaska Department of Fish and Game, you should back away from the moose slowly with your hands in the air, palms facing the moose. While you back away, speak to the moose softly, not loudly, as if you were reassuring a child. It may give you a few “bluff” charges as a warning, but you should take them all seriously.
Unlike most other wild animal encounters, running is actually your best move if a moose gets too close to you. They won’t chase you very far, and you can maneuver around a tree or large rock much faster than a moose can. Also, they usually charge and try to kick you with their front hooves, and that movement can give you a decent lead if you take off into a sprint.
As with other deer, if it knocks you down, curl up into a ball to protect your vital areas and feign death. And what ever you do, do not get up until the animal has moved a safe distance away from you.
Facebook Twitter