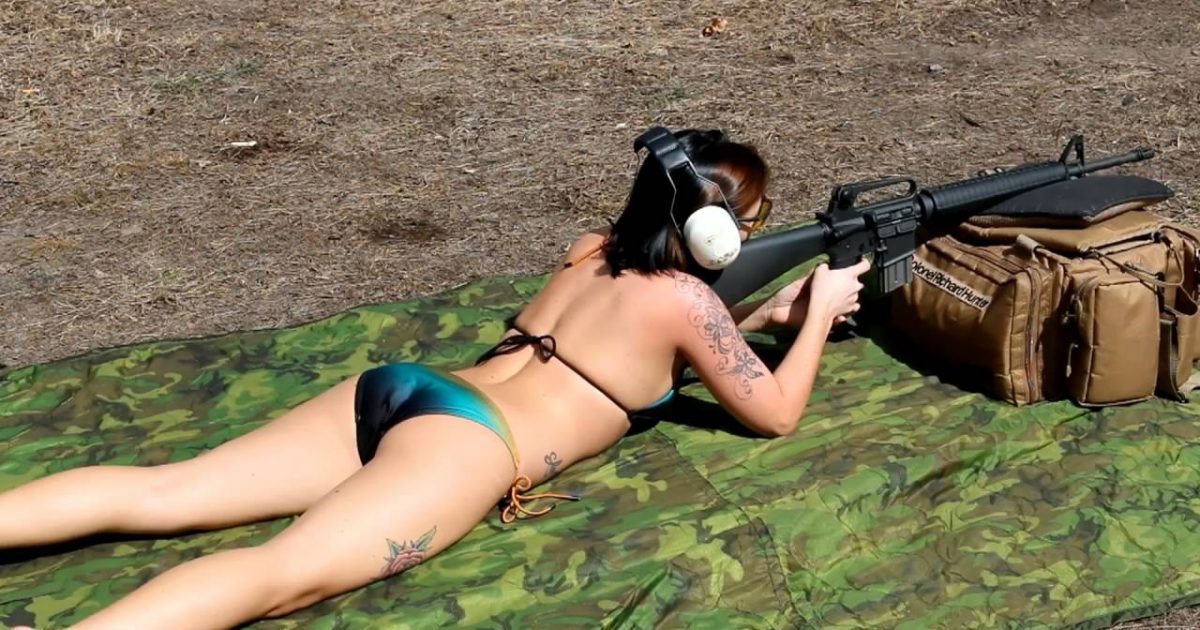 Now that I have your attention with the girls, I want to take this opportunity to talk about the AR-15 in depth. First off, it’s not as liberals and anti-gunners like to call it an “Assault Weapon”. This is a term created specifically to scare the crap out of people who aren’t familiar with these types of rifles.

In an article published by the Washington Post in 2013 they said:

The term “assault weapon” became widely used starting the late 1980s. Many attribute its popularization to a 1988 paper written by gun-control activist and Violence Policy Center founder Josh Sugarmann and the later reaction to a mass shooting at a Stockton, Calif., school in January 1989.

Sugarmann, who happens to be a native of Newtown, argued that the American public’s inability to differentiate between automatic and semiautomatic weapons made it easier to get  anti-gun legislation passed.

“The weapons’ menacing looks, coupled with the public’s confusion over fully automatic machine guns versus semi-automatic assault weapons — anything that looks like a machine gun is assumed to be a machine gun — can only increase the chance of public support for restrictions on these weapons,” Sugarmann wrote.

So, from the very beginning, all of the hype every time someone uses an AR-15 (or a similar looking weapon) to kill someone, is just that, well crafted hysteria by the anti-gun crowd to scare the ignorant masses so they can accomplish their goal and get these guns banned. And if you think they will stop there, you are sadly mistaken. These anti-gunners won’t quit until they can get ALL GUNS out of the hands of all law abiding citizens.

Don’t be fooled by the lies of the media and left-leaning politicians, information (CORRECT information) and truth are our biggest weapons against the anti-gun left. People aren’t as ignorant as the left-wing thinks.

Okay…I said what I wanted to say, so now enjoy the video. Oh and just in case you were interested…none of these young ladies got “PTSD” from firing the AR-15.