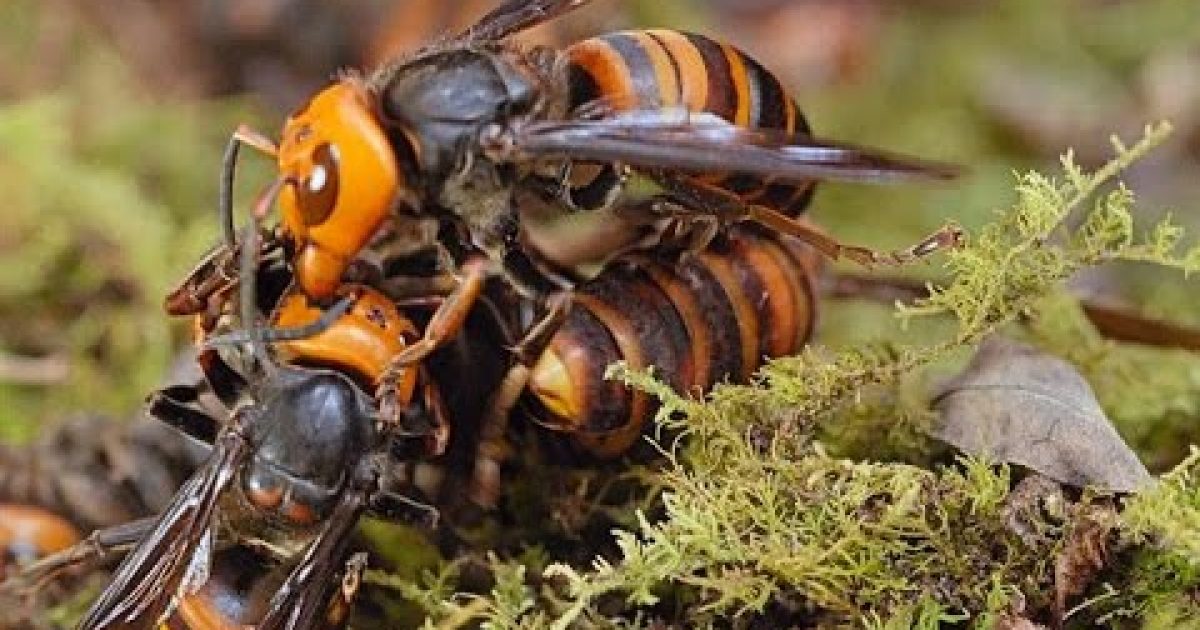 In an incredible video, a giant killer hornet war is waged between two colonies, and the resources, territories, and survival of a new generation are at stake. Their name isn’t a lie. Asian Giant Hornets are positively huge. These insects measure almost two inches long and have a stinger that’s almost a quarter of an inch long.

That, along with a highly toxic venom, gives them some serious stinging power. In fact, when people get stung by multiple giant hornets, there’s a good chance they’ll die. One Japanese entomologist who’s been stung by one of these hornets said it was like having “a hot nail being driven into my leg.”

The Asian giant hornet, including the subspecies Japanese giant hornet, colloquially known as the yak-killer hornet, is the world’s largest hornet, native to temperate and tropical Eastern Asia.

Watch the battle unfold as these huge hornets risk their lives for their kingdoms.