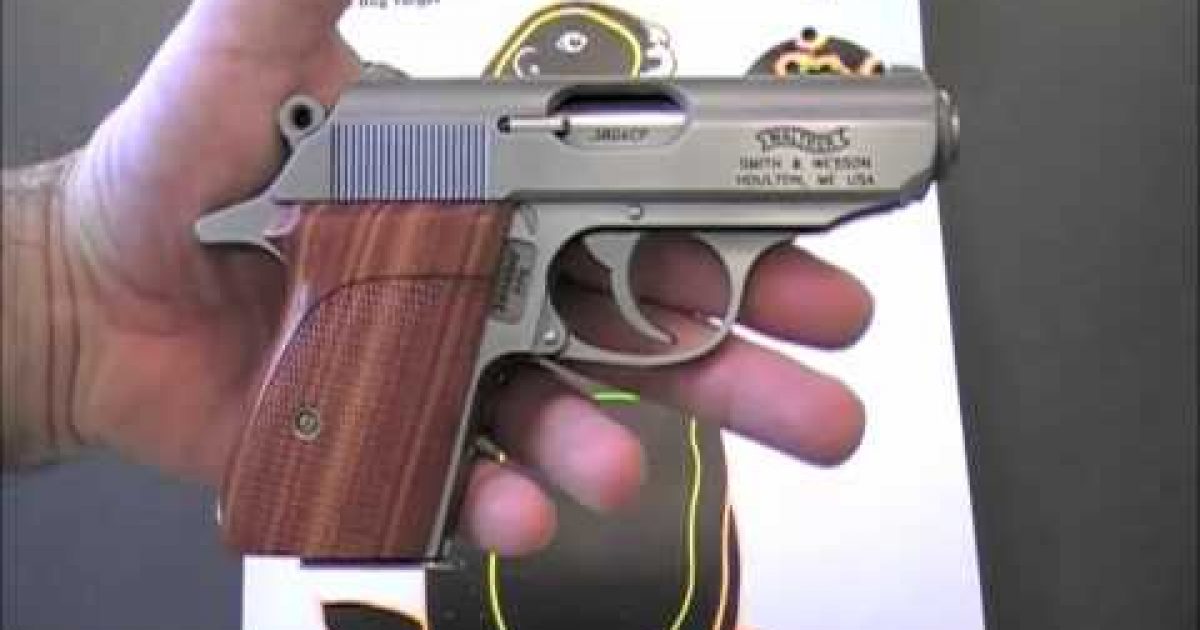 Once in a great while, a firearm becomes so popular that it becomes a cultural icon. Like a great car or movie, a great firearm can become a true classic. The PPK established a defining influence on the design of concealed carry firearms. Its elegant lines and precision engineering have a timeless appeal.

And a PPK has the solid feel of pure quality. More than ever, the PPK is a statement of sophistication. And truth be told, next to my 1911, the PPK is one of my favorite pistols, they’re accurate, easy to shoot and they are an awesome pistol for concealed-carry for anyone of any demographic.

The Walther PP (Polizeipistole, or police pistol) series pistols are blowback-operated semi-automatic pistols, developed by the German arms manufacturer Carl Walther GmbH Sportwaffen.
It features an exposed hammer, a traditional double-action trigger mechanism, a single-column magazine, and a fixed barrel that also acts as the guide rod for the recoil spring. The series includes the Walther PP, PPK, PPK/S, and PPK/E models. The Walther TPH pocket pistol is a smaller calibre pistol introduced in 1971 identical in handling and operation to the PPK.
Various PP series are manufactured in Germany, France, and the United States. In the past, the PPK version has been manufactured by Walther in its own factory in Germany, as well as under licenses by Manurhin in Alsace, France, Interarms in Alexandria, Virginia, and by Smith & Wesson in Houlton, Maine. Since 2013, PPK and PPK/S models have been built in Fort Smith, Arkansas, at the factory of US-based subsidiary Walther Arms, Inc.