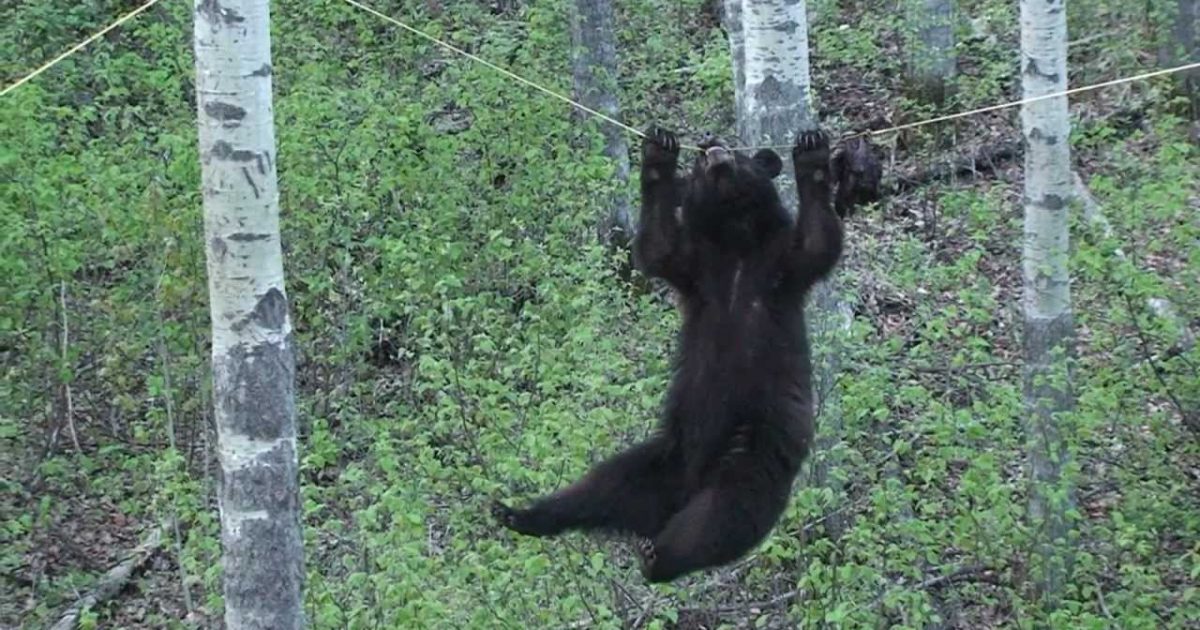 Pat Garrett of Garrett Bros Outfitting, catches a black bear on video as he attempts to get to a beaver tied up on a rope in a tree. It’s amazing what a black bear will do for food. Black bears are very opportunistic eaters. Most of their diet consists of grasses, roots, berries, and insects. They will also eat fish and mammals—including carrion—and easily develop a taste for human foods and garbage.

Black bears are North America’s most familiar and common bears. They typically live in forests and are excellent tree climbers, but are also found in mountains and swamps. Despite their name, black bears can be blue-gray or blue-black, brown, cinnamon, or even (very rarely) white.

About the folks who made this video:

Garrett Bros Outfitting is a family owned outfit that provides alberta whitetail deer hunts and moose hunts. If it’s a trophy Canada moose or a huge Alberta whitetail deer you are after come and hunt with Garrett Bros and you will not go home disappointed. We realize that your hunt is not only about taking the animal of a lifetime but to feel welcome and have fun, stay in comfortable clean accommodations and eat well. None of us would expect anything less on an outfitted hunt. You can be sure everything is taken care of with Garrett Bros.