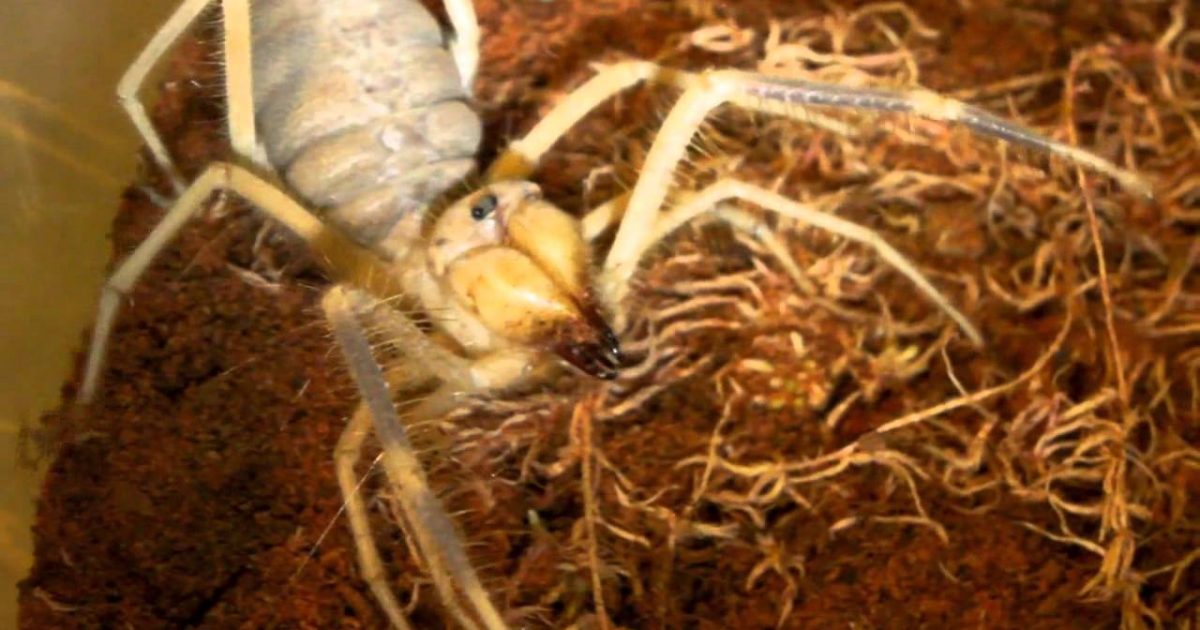 Camel spiders, they’re huge, nasty and just plain evil looking…and if you watch the video below, they seem to have anger issues as well. While these creatures are undoubtedly large, they are by no means half the size of a human and they are NOT in the habit of dining on camel stomachs and sleeping soldiers. That’s the stuff of legend — urban legend, that is.

According to National Geographic:

Camel spiders became an Internet sensation during the Iraq war of 2003, when rumors of their bloodthirsty nature began to circulate online. Many tales were accompanied with photos purporting to show spiders half the size of a human. For many years, Middle Eastern rumors have painted camel spiders as large, venomous predators, as fast as a running human, with a voracious appetite for large mammals. The myths are untrue.
These creatures do not actually eat camels’ stomachs or sleeping soldiers, and they are not so large—but the real camel spider is still an amazing predators. Camel spiders are not deadly to humans (though their bite is painful), but they are vicious predators that can visit death upon insects, rodents, lizards, and small birds.
These hardy desert dwellers boast large, powerful jaws, which can be up to one-third of their body length. They use them to seize their victims and turn them to pulp with a chopping or sawing motion. Camel spiders are not venomous, but they do utilize digestive fluids to liquefy their victims’ flesh, making it easy to suck the remains into their stomachs.
Facebook Twitter