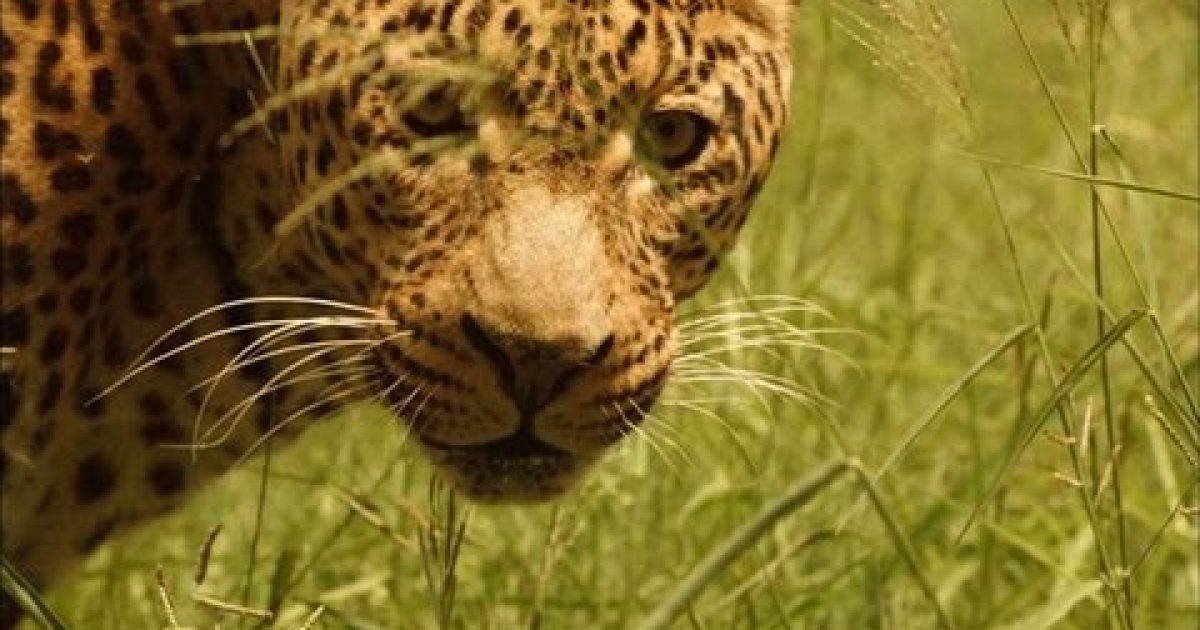 If there is one thing the Chacma Baboons in the video below fear, it’s the leopard. Not so much during the day, the baboons usually live in large groups and are highly organized. When they are foraging, they post sentries  as lookouts, but at night their vision isn’t so good and that’s when their enemy the leopard excels. At dusk the baboons take to the tree tops, but leopards are excellent climbers and they are almost virtually silent when they are stalking their prey.

Leopards are carnivores, but they aren’t picky eaters. They will prey on any animal that comes across their path, such as Thomson’s gazelles, cheetah cubs, baboons, rodents, monkeys, snakes, large birds, amphibians, fish, antelopes, warthogs and porcupines.
Leopards are ambush predators; they crouch low to sneak up to their prey and pounce before it has a chance to react, according to the Animal Diversity Web, a database maintained by the Museum of Zoology at the University of Michigan. A leopard will kill its prey with one swift bite to the neck, breaking it.
Baboons can be very aggressive. It is a known fact that they would viciously counter-attack their predators when threatened. Troops are 50 to 100 strong, and have a well-developed and complex social structure.
Baboons inhabit woodlands, semi-deserts and sub alpine meadows along the Drakensberg. The Chacma baboon is replaced in the north by its close relative, the yellow baboon. They are Widely distributed throughout Southern Africa and in countries beyond.
Although preyed upon by Leopards, Baboons are known to hold their own against these predators and have been recorded tearing Leopards apart with their strong canines. In the Cape Peninsula, their southern-most range, the Baboons clash with humans by raiding houses and storerooms, a situation that has led to much debate and many accusations – with no solution in sight.
Facebook Twitter