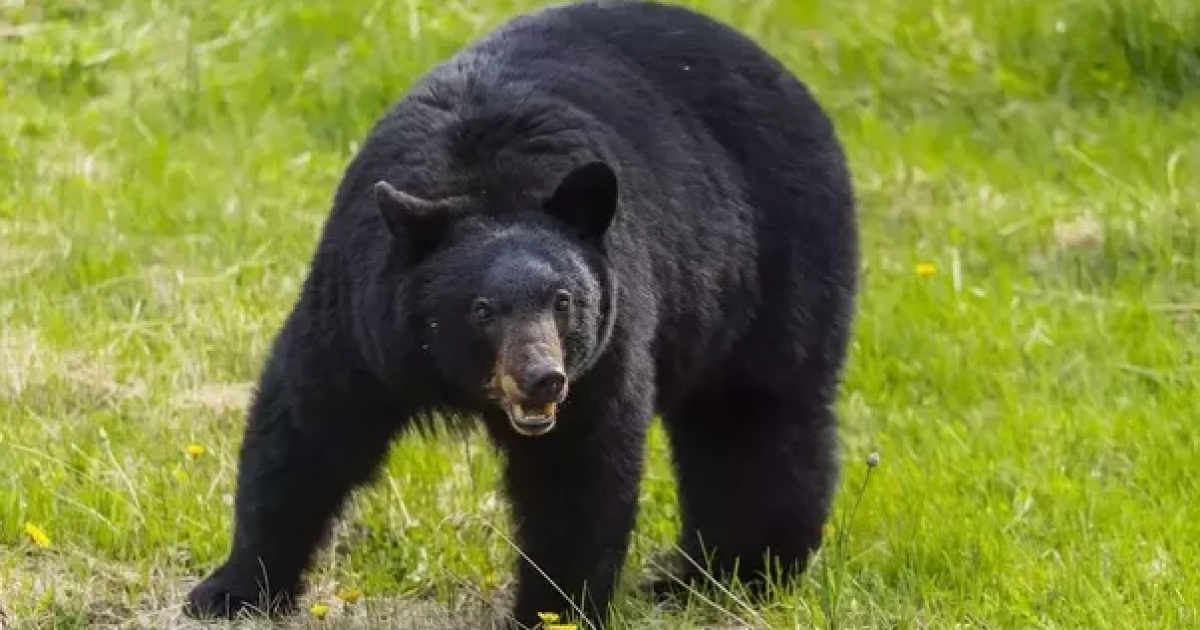 Facebook Twitter
There are some folks that seem to be of the misguided belief, that the American black bear (or black bears in general) are  cute little roley-poley critters, that is more afraid of you, than you are of them. Nothing could be further from the truth. Black bears, like most of their cousins across the world, can be quite aggressive and incredibly ferocious.
The American black bear is distributed throughout North America, from Canada to Mexico and in at least 40 states in the U.S. They historically occupied nearly all of the forested regions of North America, but in the U.S. they are now restricted to the forested areas less densely occupied by humans.
The American black bear & the Asian black bear are the main black bear species found in the world today. Even though they share some similarities, they also have a number of key differences when it comes to appearance, habitat & behavior towards humans.
On average, adult male Asian black bears weigh around 300 pounds, while their American counterparts are typically larger, ranging in size from 126 to 551 pounds or even larger in some cases, depending on the region.
Asian black bears have black fur, light-brown muzzles & a distinctive white patch on the chest which can sometimes be in the shape of a V. They also have bell-shaped ears that stick out sideways from their heads & are proportionately larger than those of any other bear species. Asian black bears have shorter hind legs than American black bears.
The Asian Black Bear is considered to be an endangered species throughout its native range today as populations have declined drastically due to both loss of their natural habitats to deforestation and the fact they are the most prized of all bear species that are hunted for their body parts (mainly the gall bladder) that are used in traditional medicines and also as a culinary delicacy in some areas.
Here are some simple rules to follow regarding bears in general;  never feed them or leave food accessible for them.  Never encourage them to come closer so you can get a cute picture.   If you encounter bear cubs out in the wild, leave the area immediately in the direction you came, mother bears view everything as a threat to her young and all threats will be vanquished.
Facebook Twitter