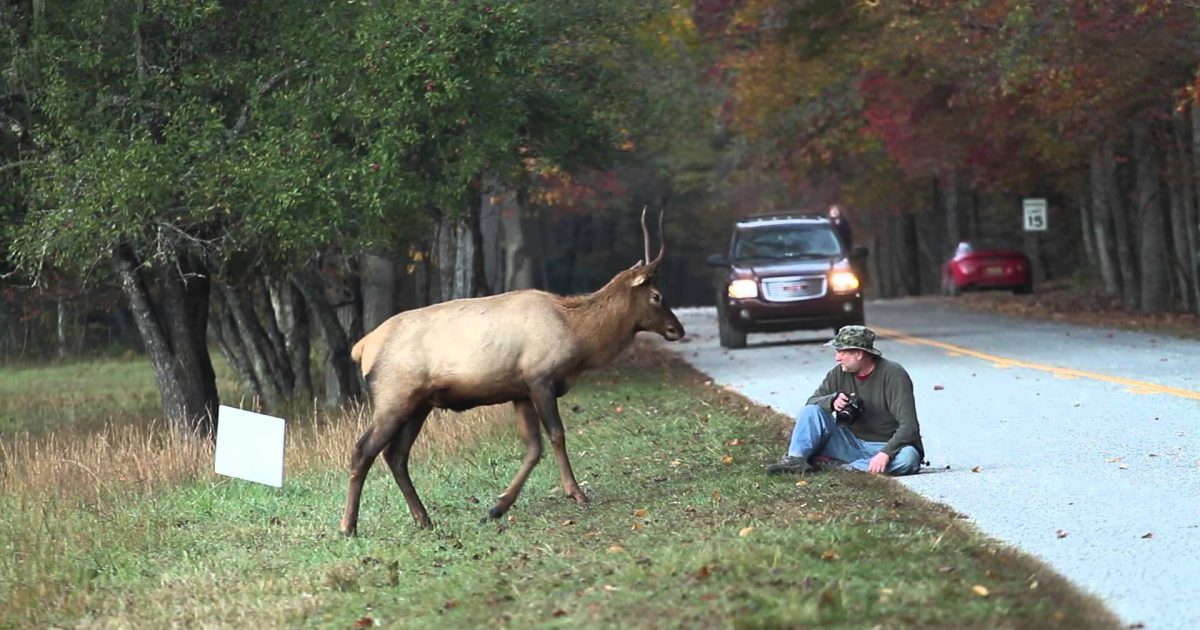 Talk about a ‘close encounter’, watch the interaction between a photographer and a young bull elk. Normally you would never see something like this as elk don’t usually want to have any contact with humans. So you could say, this is a once in a lifetime encounter. The video was taken in the Cataloochee Valley of Great Smoky Mountains National Park. The individual who was taking the video turned around to see what appeared to be just a curious young bull sniffing a photographer’s camera, but it escalated into something more. Most people who see this will ask why the photographer seems to just take the abuse from the animal.

This is how the photographer described his encounter with the animal:
“My first thoughts were “wow, he’s getting pretty damn close here.” But I’ve been up close before without incident. I hoped being still and passive would see him pass on. When he lowered his antlers to me, I wanted to keep my vitals protected and my head down.
I felt that standing up would provoke him more and leave me more vulnerable to goring. I think that while protecting myself with my head down, having my head down was a signal that I was rutting with him. I was concerned at first, but when he started rearing back and lunging at me later on, I got scared and pissed off.
That’s when I wagged my finger at him to cut that shit out. I was relieved to see the Ranger coming. So I guess at some point if the Ranger hadn’t of pulled up, I would have had to disengage the best I could. I’ve joked with my friends that at least he took me for a buck and not a cow!”
Facebook Twitter